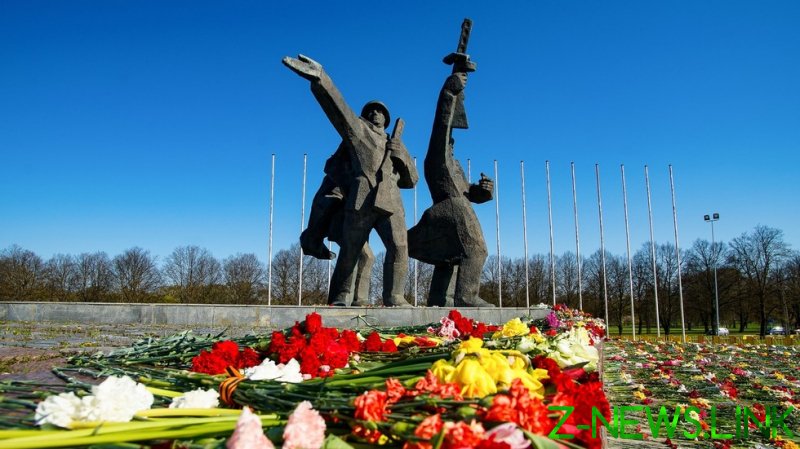 Veteran Latvian lawmaker and nationalist politician Alexander Kirstein has said that people laying flowers at a World War II memorial in Riga, in defiance of city authorities, should be incarcerated at the site and then expelled to Russia. His proposal, made on Twitter on Wednesday, targets locals who oppose their government’s stance on Russia.

The monument to Soviet soldiers who liberated Riga from Nazi occupation, serves as a focal point for yearly acts of protest in Latvia. Nationalists consider the memorial a legacy of the subjugation of their nation to Moscow, while people who cherish Latvia’s Soviet past flock to it every May 9 to commemorate the war victims with flowers.

This year the standoff was particularly intense, as city officials erected a fence around the monument, draped in the colors of national flags of Latvia and Ukraine, both as a security measure and a gesture of protest against the Russian attack on its neighbor. They then used a bulldozer to dispose of the flowers on May 10, angering those who’d left them and prompting some to come back with more tributes.

Kirstein, a veteran lawmaker who also briefly represented the country at the European Parliament after Latvia’s accession in 2004, suggested that the encircling fence could serve a more practical purpose.

“Everyone bringing flowers should have been allowed in, but the exits had to be closed. Next, install guard watchtowers and toilets, deliver porridge, and only allow out those, for whom the Russian embassy buys a one-way ticket to Moscow!” he tweeted.

Latvia formed part of various European powers, including Russia, before making a bid for sovereignty amid the collapse of the Russian Empire in the early 20th century. This was cut short by World War II, which ended with Latvia and fellow Baltic states, Lithuania and Estonia, becoming part of the USSR.

Its current government considers that historic period a time of Russian occupation, despite the fact that the Soviet Union was a multi-national construct, whose two longest serving leaders were Georgian and Ukrainian. It now honors those who pursued independence from Moscow, including some who collaborated with the Nazis in to achieve their goals.

A large chunk of Latvia’s population are descendants of ethnic Russians, many of whom disagree with this perception of the past and use events like the Victory Day commemoration to protest against it. 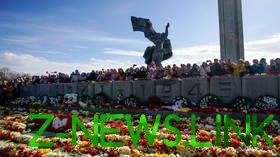 Russian foreign ministry spokesperson Maria Zakharova lashed out at Kirstein, suggesting his remark was not funny whatsoever. “This is the very same Nazism that supposedly does not exist” in Latvia, she said. The Russian official added that the lawmaker’s words should be of interest to Latvian courts and to international organizations tackling hate speech.

The MP’s comment came just as the Latvian parliament was gearing up to vote for a bill that would give the Riga government a legal justification to demolish the controversial monument.

Lawmakers overwhelmingly supported the move on Thursday, though some opposition MPs suggested that it was a political stunt meant to drum up public support for nationalist parties ahead of a general election in October.