Mozilla has released the fastest version of Firefox Quantum 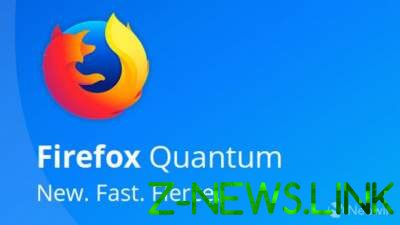 The updated browser rewrote 75% of the code.

Mozilla has released an improved version of its browser – Firefox 57, which was called Quantum Firefox. The developers claim that this is the fastest version for the entire existence of Firefox.

As Watcher writes, engineers have used the technology prioritization tabs for quick work with a large number of open pages. In other words, the less the user interacts with the tab, the lower the priority.

The novelty is called the biggest update in the last 10 years, as rewritten 75% of the code.

Also the new interface Photon with square tabs and a new menu design.