Home / WORLD / Move over, Eton! Russia’s exclusive schools are taking on the world’s most elite institutions… if you can afford their price tags

Move over, Eton! Russia’s exclusive schools are taking on the world’s most elite institutions… if you can afford their price tags 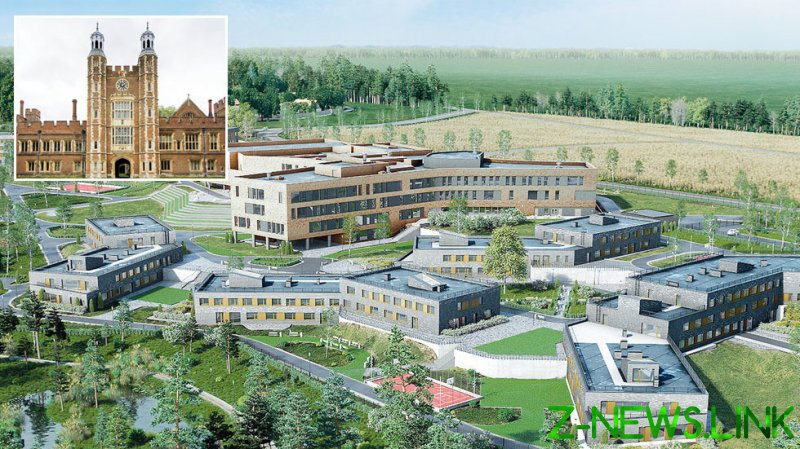 Letovo is no ordinary school. It is one of the very few in Russia that offers both a national diploma as well as a certificate from the International Baccalaureate Diploma Program (IB DP), opening doors to its students for overseas work and study. Elite schools such as this began to spring up following the 2013 –2015 Ukraine and Syria crises, which alienated Moscow from its former partners in the West. With a collapse in oil prices compounded by sanctions, the ruble crashed. In response, Russia’s wealthiest began to search for homegrown alternatives to the likes of Eton and Harrow, which had educated many of a generation of rich Russian children.

This year, Letovo’s graduates finished with one of the highest mean IB DP scores in the world. Their final-year students scored an average of 43 points, which is a head above the global standard of 33 points. Following these outstanding results, every single graduating student was admitted into their university of choice – including some of the West’s most prestigious higher-education institutions, such as Brown, Cornell, Duke, Chicago, Yale and Berkeley, Oxford, and Cambridge.

The academy sees itself as a kind of ‘start-up’ educational project. It was founded by the Russian billionaire, entrepreneur, and philanthropist Vadim Moshkovich, who made his fortune in agriculture. In an interview in 2018, the farming mogul stated, “I’m not building a school for children of officials or sanctioned businessmen or oligarchs from Rublyovka,” referring to Moscow’s most coveted and elite district. “Education is the key driver in the modern world and I want Russia to be competitive. This is for soul and country.”

Such a premium education comes at a premium price, however. Letovo’s base tuition fees are about $20,000 a year. While this is still around only half of what the top British public schools charge, such expenses are far above what the average Russian family can afford. Prospective students undergo a name-blinded exam and are means-tested, meaning that those who can’t afford the fees have a shot at receiving grants and scholarships to supplement the costs.

Within a broader analysis of Russia’s education system, this attempt to improve the education of the wealthy few who would otherwise have been sent abroad, or the worthy few who happen to be extremely intelligent, seems rather shallow.

For decades, some of Russia’s ultra-wealthy have been sending their kids to the US and UK for their education – Moshkovich’s own two eldest children were sent to Stanford. And even if admission hinges upon a blindly graded entrance exam, it doesn’t stop the rich from private-tutoring their way into Letovo. Although it’s classified as a not-for-profit project, the school remains, in essence, an elite attempt to emulate top foreign institutions. It aims to become a feeder into the best of the West, and still, ultimately, sends Russian children abroad to complete their further education.

The problem with ‘normal’ education in general today is often pinned to overworked, under-motivated teachers and chronic underfunding. In Russia, even the best teachers are underpaid compared to what those of similar educational attainment could earn in the private sector, and in many ‘free’ schools, teaching is more a matter of crowd control rather than effective learning. Critics such as Moshkovich have complained that “state primary and secondary schools still rely too much on memorization and standardized testing, and don’t do enough to encourage critical and creative thinking.” Given that Russia spends only about 3.7% of its GDP on education, it’s not surprising that state schools struggle to find the time and space to focus on creativity and critical thinking.

In an interview with Russian business daily RBC, Moshkovich claims, “Our goal is to provide a world-class education to any child in Russia, regardless of place of residence and material status. The current education system in most Russian schools is still focused primarily on knowledge, rather than skills and competencies. We want to unite all these areas to harmonize learning.” This is all well and good for those who can make it into his ‘superschool,’ but what about the ‘normal’ students in normal schools all around the country? Don’t they also deserve the chance at receiving a “world-class” education?

As Letovo shows, money really does make all the difference. The 36 graduates from this year’s class will go on to the world’s top universities with full support from Letovo’s educational fund, provided they return home on graduation and work in Russia for at least three years afterwards. The kind of opportunities that open up for young people when funds aren’t an issue are immense, and when they’re surrounded by a positive attitude towards learning and by decently paid, enthusiastic teachers, the sky’s the limit. It’s just a shame that not every child will get that chance.