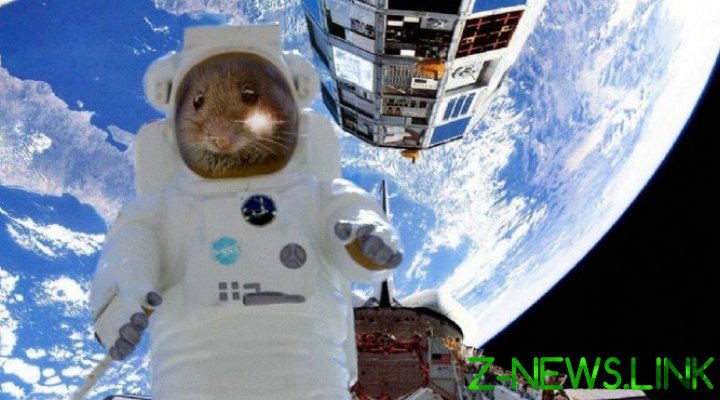 The crew of the International Space Station is constantly studying the reaction of plants and animals in weightlessness. Previously, NASA researchers had already assessed the viability of laboratory mice under conditions of no gravity, but now they talked about a more profound experiment, which focused on monitoring their behavior and health. It turned out that mouse very quickly adapt to the new conditions, however, a week later, young individuals begin to behave very strangely.

The only thing that seemed unusual scientist is that after 7-10 days of the start of the experiment the young mice started to run around the walls of the cells. Researchers have not yet found the explanation for such behaviour, but they already have a number of assumptions. Inappropriate behavior can be cause of stress associated with being in a confined space. Also running can help the mice to feel again the balance that was disturbed by the absence of gravity. Also, it is believed that in this way they are simply having fun.

See also:  In China, the driver started to eat the roadside grass. Video

Maybe the mouse just started behaving like men, and to fill little physical activity to avoid muscle atrophy. Also, they just may like to run on the walls — many of the astronauts and members of the weightless flights of share that they like to push off from one wall to the other.

See also:  Nokia 8 will be updated to Android 8.0 Oreo

What, in your opinion, caused the strange behavior of young mice?