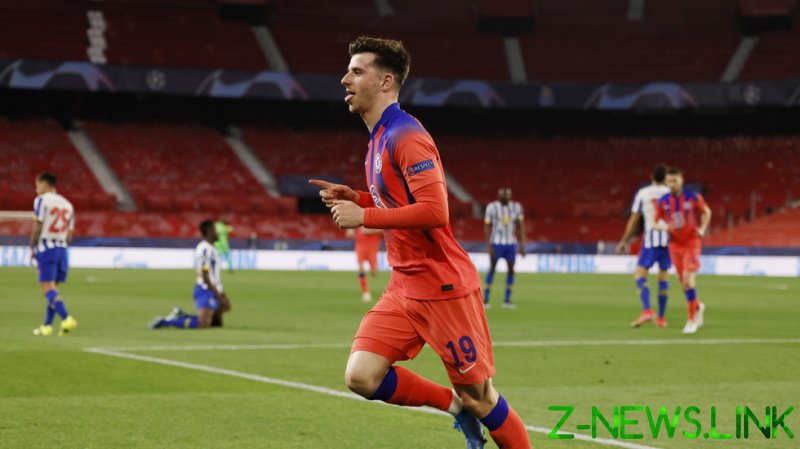 England midfielder Mount struck with Chelsea’s first effort on goal at the Estadio Ramon Sanchez Pizjuan in Seville, rolling Zaidu Sanusi expertly before driving into the bottom corner just after the half-hour mark.

Full-back Ben Chilwell then pounced on a defensive error to double the lead with five minutes to play, as Chelsea secured a 2-0 win and took a giant stride towards the Champions League semi-finals.

Travel restrictions between Portugal and the UK mean both legs of the quarter-final against Porto are being played in southern Spain, with Chelsea classed as the visitors on Wednesday night.

In a game which was tight for long periods, it was Mount who broke the deadlock, adding to the burgeoning reputation forged primarily under former manager Lampard and which is continuing to flourish under new boss Thomas Tuchel.

Mount’s smart strike was his eighth of the season across all club competitions, but a first ever in the Champions League as he became the Blues’ youngest ever scorer in the knockout stages of the tournament.

After being tutored for so long by Lampard, many Chelsea fans hailed Mount as the heir apparent to the mantle held by Lampard as a marauding midfield goalscorer during his own playing days.

Wednesday’s result for Chelsea also means they continue to establish themselves as dark horses for the Champions League this season under Tuchel, after easing past La Liga leaders Atletico Madrid in the last round and now placing one foot in the last four of the competition.

Following the domestic embarrassment to West Brom at the weekend, Tuchel opted to leave the experience of Thiago Silva on the bench, going for a backline of Andreas Christensen alongside Antonio Rudiger and César Azpilicueta.

Up front, Kai Havertz led the line through the middle while Tuchel kept the faith with Timo Werner despite his recent woes in front of goal, and Mount was trusted to provide thrust from midfield.

But as Porto pressed, it was Chelsea who struck with their first effort on goal in the 32nd minute.

Italian metronome Jorginho slipped a wonderful pass into Mount, who escaped the attentions of Sanusi expertly before finding the bottom corner.

Firmly established as a crucial cog in the Chelsea machine, it was proof of just how vital Mount will be for their ambitions moving forward both domestically and in Europe’s biggest club competition.

Werner had a chance to double Chelsea’s lead at the start of the second half, only to head over from a whipped cross from Mount – very much in keeping with the German’s recent goal-shy form.

Mendy was then called on to save from Porto’s Moussa Marega when the French keeper looked in danger of being caught in no-man’s land.

Ever a menace, Pepe poked the ball into the Chelsea net following a scramble from a corner, but the whistle had gone for offside in the build-up. The London club then continued to live dangerously as Luis Diaz flashed wide of Mendy’s goal with a fierce effort.

At the other end, Havertz poked the ball wide with the goal at his mercy after Porto goalkeeper Agustín Marchesin had spilled a long-range effort from Rudiger and Werner squared the ball to his compatriot, although the offside flag was already up. 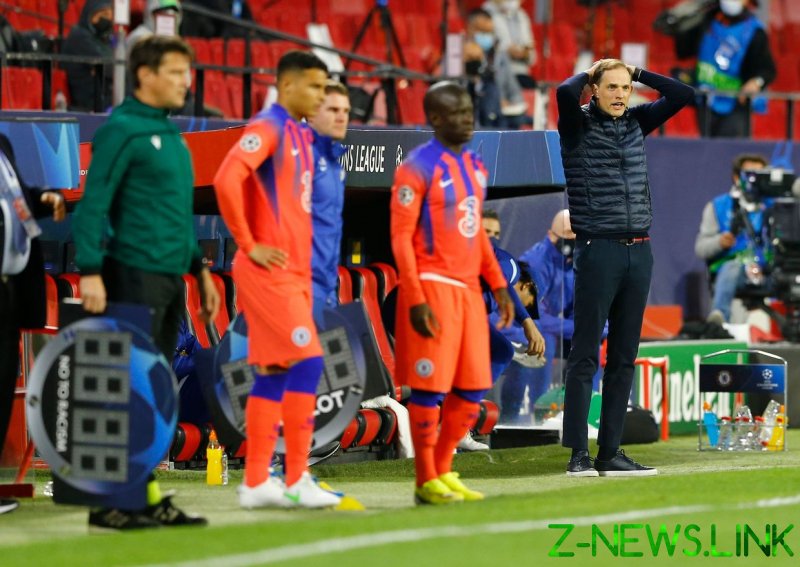 Azpilicueta also headed wide as Chelsea looked to capitalize on their strongest spell of the game.

Pulisic had a golden chance to double Chelsea’s advantage and rattled the crossbar with a rocket of an effort, before left-back Chilwell finally increased the deficit, pouncing on a defensive error to round Marchesin and slot into an empty net. 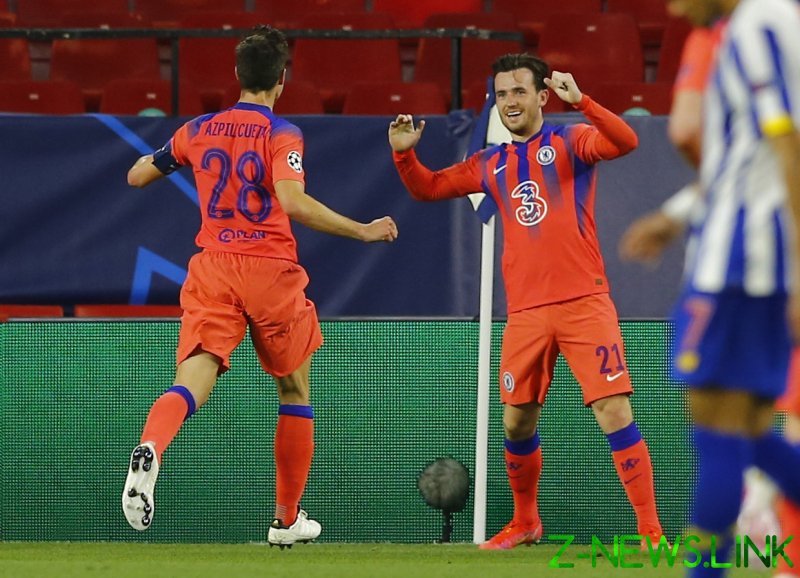 The result puts Chelsea firmly ahead in the tie before they return to the same venue for the second leg on Tuesday, on that occasion technically as the home team.

The Londoners already know that beyond that lies a meeting with the winners of the last-eight tie between Real Madrid and Liverpool, with the Spaniards in control after their 3-1 home leg win on Tuesday night.

With the likes of reigning champions Bayern Munich, last season’s finalists Paris Saint-Germain and runaway Premier League leaders Manchester City all in the other half of the draw, Tuchel will eye a golden opportunity to guide his team into the final, repeating the feat he achieved with PSG last season.