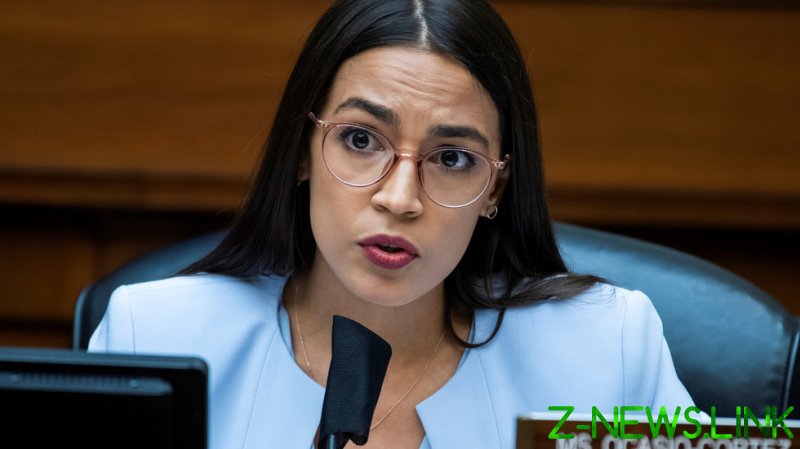 After releasing a lengthy Instragam video recounting her version of events at the Capitol earlier this week, Ocasio-Cortez was accused of embellishing the danger posed to her, as she was not inside the main structure breached by rioters but rather in an office building some distance away.

Snopes has issued a ‘fact-check’ on the matter, however, ruling on Wednesday that AOC’s critics were “mostly false” in claiming the lawmaker exaggerated the threat. While the Snopes article acknowledged Ocasio-Cortez “wasn’t in the main Capitol building” during the riot, it still found a way to rate the claim “misleading.” Because her office is part of the complex and connected to the Capitol by an underground tunnel, Snopes argued, AOC was no less in “imminent physical danger.”

The lawmaker’s repeated claims that she faced a life-threatening situation during the unrest, despite her distance from the center of the chaos, triggered a wave of mockery across social media on Wednesday, pushing #AOCLied and #AlexandriaOcasioSmollett into the trends – what Snopes deemed a “circus of cyberbullying.”

The outlet’s own ‘fact-check’ was also met with ridicule, as some netizens roasted its hair-splitting ruling.

One user asked whether Snopes had reviewed AOC’s charge that Senator Ted Cruz (R-Texas) “tried to have her murdered.” Their fact-check does mention Cruz in passing, but only to relay Ocasio-Cortez’s claim that he helped to stoke a “incendiary disinformation campaign” by asserting fraud in the 2020 race.

The criticisms did receive some pushback, however, with Ocasio-Cortez herself arguing that rioters were attempting to storm “multiple areas” of the Capitol complex, accusing her detractors of falsely placing the “mob… further away than it was.”

The January 6 unrest on Capitol Hill saw a crowd of supporters of then-president Donald Trump storm the halls of Congress as lawmakers met to certify Democrat Joe Biden’s election win.

Five people lost their lives due to the riot, including one fatally shot by police as the crowd attempted to breach the Speaker’s lobby, and three others who died of “medical emergencies” amid the chaos. Capitol Police officer Brian Sicknick died the day after the incident, though investigators have failed to confirm initial reports that he was bludgeoned with a fire extinguisher, finding no signs of blunt force trauma.