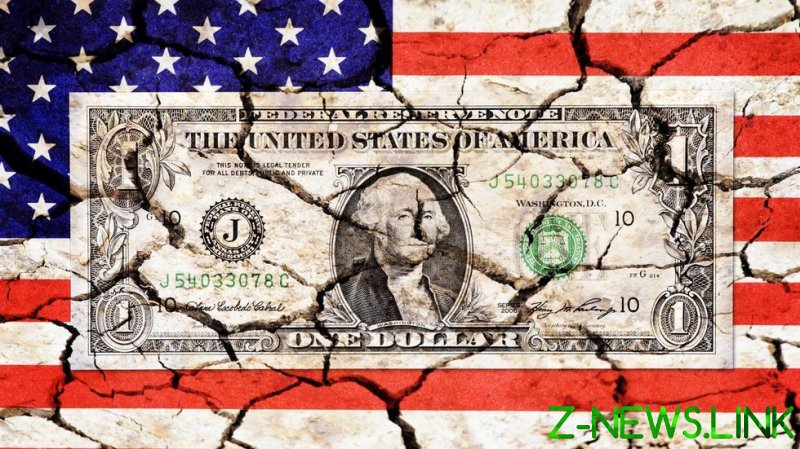 A significant portion of the unprecedented drop in the use of US currency was recorded in trade with China, according to the data revealed by Russia’s central bank on Monday. More than three-quarters of the trade turnover between the countries are now transacted in the euro. The euro’s share in Russia’s total exports jumped more than 10 percentage points to 36%, the data shows.

In recent years, Russia and China have decreased dollar transactions in trade in favor of settlements in national currencies. In January, the Russian Embassy in China reported that Moscow and Beijing had managed to ramp up the share of settlements in national currencies to 25% over the previous nine months, compared to a modest two percent recorded in 2014.

Russia has also significantly cut its holdings of US debt in recent years and invested in gold and the euro.

According to data published by the US Treasury in March, Russia owns just $6.145 billion worth of US government securities. At the same time, the share of Russia’s international reserves held in the US have plummeted to less than 10% from about 30% in 2014, after Washington began imposing sanctions on Moscow.

Multiple rounds of economic penalties that followed along with threats of more sanctions have forced Russia to seek ways to protect its economy by decreasing the role of the greenback in its economy.