Home / WORLD / Most Americans believe US government is corrupt and unaccountable to the people, poll finds

Most Americans believe US government is corrupt and unaccountable to the people, poll finds 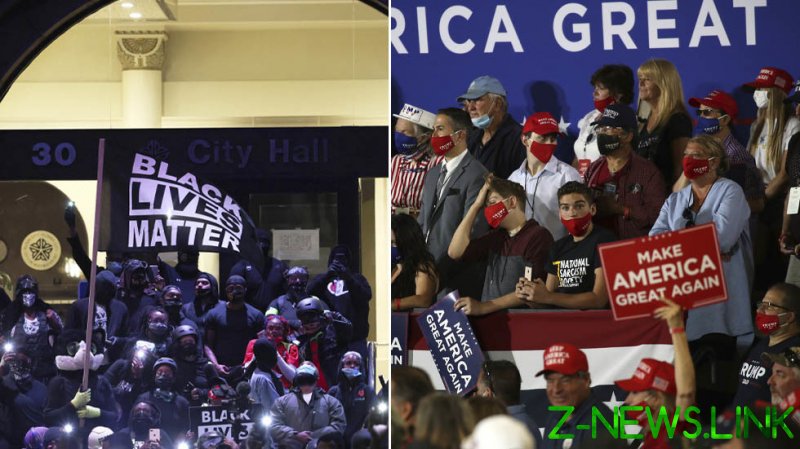 Seventy-three percent of Americans say that elected officials do not face “serious consequences” for misconduct, according to a new Pew Research Center poll. A closer look reveals that a mere 21 percent of those leaning Democrat and 32 percent of Republicans believe there is some basic justice for delinquent politicians. This is not the only issue where US liberals and conservatives almost reach a consensus.

Seventy percent of US citizens don’t think the government is “open and transparent,” while 60 percent of both Republicans and Democrats believe that judges aren’t free from the influence of parties and politicians.

All this might have led to the unsurprising 62 percent majority of Americans to say “significant changes” are needed in the structure of government. From this point, however, the partisan divide does shine through. Some 79 percent of Democrats and only 41 percent of Republicans agree with the need for governmental reform.

Another interesting point is how equality is viewed. Seventy-six percent of Republicans think that everyone has an equal opportunity to succeed, but only 28 percent of Democrats would agree.

This disparity of opinions was by itself highlighted in the poll. Less than 30 percent of both Republicans and Democrats believe their compatriots “agree on basic facts even though they disagree politically.”

The poll seems to display both a complete distrust most Americans seem to have toward their public institutions, and a major ideological divide among themselves. This set of facts perhaps sheds a light on the often brought up possibility of the 2020 presidential election being contested if the results are close.

Both Democrats and Republicans often speculate on abuses of power and fraud that may cost them the presidency. The theories vary from Donald Trump refusing to leave office, to liberal partisans electing Joe Biden through mail-in voting machinations.