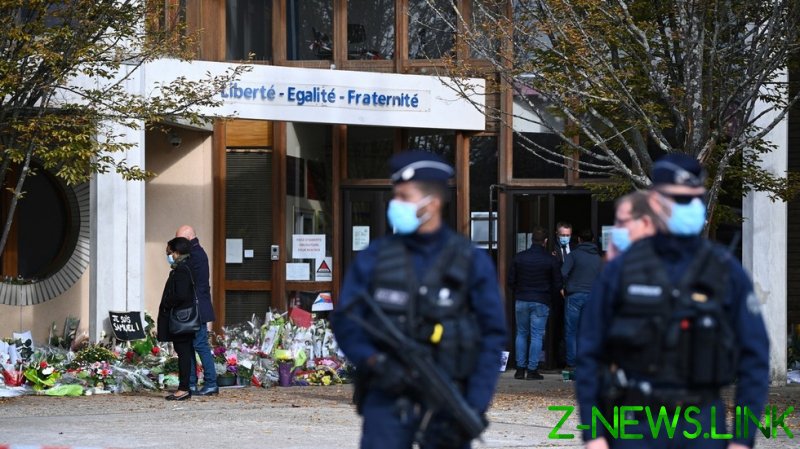 The teacher, Samuel Paty, was beheaded last week after he showed his class a cartoon of the Prophet Mohammed as part of a lesson on freedom of expression. Police shot and killed the suspect, an 18-year-old Chechen refugee, in a standoff following the grisly attack. The murder, which occurred in Conflans-Sainte-Honorine, shook France, triggering demonstrations and a government crackdown against Islamic extremism in the country.

Paty was targeted after the father of one of his students published several videos on social media in which he denounced the instructor as a “thug” and said that he had issued a complaint against him. The videos reportedly spread among the region’s Muslim community and one of them was even shared by a local mosque, the Grand Mosque of Pantin.

The mosque’s rector, Mohammed Henniche, now says that he “regrets” the decision to share the clip, but insisted that the video never identified the teacher by name and was not a call to violence.

“There is no call to hate, and no call against this teacher,” he told Franceinfo.

The mosque removed the post after Paty’s murder and issued a statement condemning the attack.

Despite its efforts to distance itself from the incident, the house of worship has been accused of helping to incite the killing.

French Interior Minister Gerald Darmanin claimed that its leader had promoted a “message saying that the teacher should be intimidated” and called for the mosque to be shuttered, arguing that it had spread a message of “hate.”

Darmanin has vowed to crack down on “enemy” Muslim groups and extremism online. The man who made the video was later arrested along with several others, including the suspect’s relatives.