Moskvich shot his wife and neighbor for the common toilet 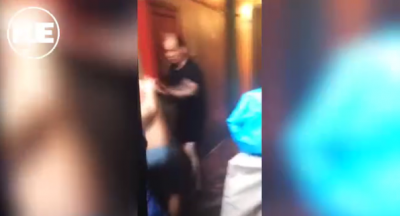 To wife the bullet hit him accidentally.

The conflict between the two families living in one apartment, occurred in Botanical street in Moscow. During the quarrel one of the tenants accidentally fired from a traumatic gun at his wife.

The dispute broke out because of repair of the communal toilet. On the one hand in the skirmish involved the husband and his pregnant wife, the other a family with two older children. It is noted that the latter foursome beat the neighbor, and then the father caught “in trauma” and fired several shots at the enemy. The bullets hit not only in man, but in the wife of the attacker.

In a press-service of the MIA TASS confirmed the incident, but did not specify the causes of the conflict. The woman was taken by ambulance to the hospital, but her husband was taken to the police station.