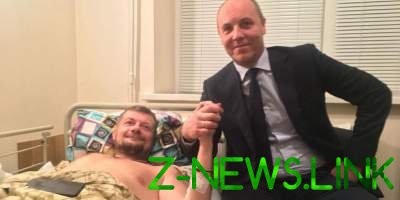 The MP is going to attend the next plenary meeting, on 7 November.

Verkhovna Rada Deputy Ihor Mosiychuk was admitted supported the creation of a temporary parliamentary Commission of inquiry to investigate the assassination attempt on him.

He stated this at a briefing.

“On Tuesday (November 7), the parliamentary meeting should begin with the creation of the temporary investigative Commission to investigate the assassination of the Chairman and the terrorist attack that occurred. Parliament should not remain silent. The murder of Pavel Sheremet, the murder of Timur Makhauri, who was my acquaintance… the murder of the officer of the SBU and the defense Ministry. You need this to end,” – said Mosiychuk.

See also:  Trump said what he will speak at the meeting with Putin

He also added that he is going to attend the next plenary meeting.

“While I can’t go, but I will do everything to next Tuesday to attend the plenary session of the Parliament”, – said the MP.

He also noted that his aides intend to apply to law enforcement bodies the statement of additional qualification of the explosion as the assassination of a statesman and the murder of two and more people.

See also:  With parasiuk asked to remove the immunity