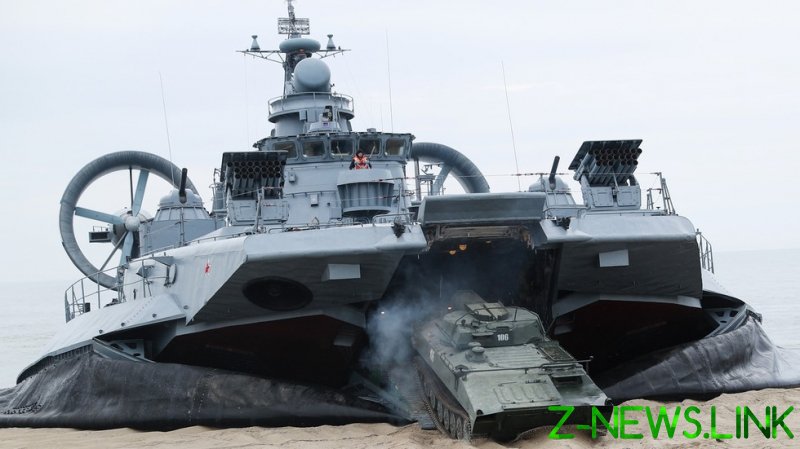 General Waldemar Skrzypczak, who once led the Polish Armed Forces, and more recently served as a government defense adviser, said that Russian troops could use the enclave of Kaliningrad as a staging ground for a push into Lithuania, Latvia and Estonia, cutting off NATO troops, before setting its sights on nations further to the West. He made the comments in an interview with the Polish-language Defense 24 outlet last week.

“The Russian 6th Army, supported by the Baltic Fleet, would need two to four days to capture the Baltic states,” he said. After the putative seizure of the region, divisions could then push through to the Polish coast or into the south of the Eastern European country.

However, the head of Kaliningrad Region, Anton Alikhanov, hit back at the suggestions on Sunday, insisting that the general was suffering from “retirement complex.” According to him, Russia wouldn’t put into place these battleplans “because we don’t wish harm on our neighbors.”

“Stop strategizing about who will invade where and which tanks will drive on which paving stones. We need to deal with other issues,” the regional governor insisted. “We have excellent cross-border cooperation programs with Poland. And the Poles are talking about tanks again. This is a call to war and [the general’s] desire to quickly find himself in the Stone Age with a stick in his hands.”

A number of Russian-language newspapers mocked Skrzypczak’s warnings, which in turn was then met with a furious response from the Polish outlet that published the interview. Defense 24 accused publications like RIA Novosti, Sputnik and Izvestiya of playing a part in Russian “propaganda” by seeking to portray NATO as an aggressor and Russia as being uninterested in European conquest.

One of the site’s editors, Juliusz Sabak, accused Alikhanov of pretending Kaliningrad was a solely peaceful enclave “as if there were no significant Russian troops stationed there.” He insisted that Skrzypczak had caveated that Russia currently sees the region as peaceful, and that the threat of war was actually very minimal. “Peaceful” and “stable” NATO is only really aggressive in propaganda, he wrote.

Late last year, Russia’s Deputy Minister of Defense Alexander Fomin warned that the bloc’s military activity near his country’s borders was increasing the potential for conflicts or catastrophic accidents. “In 2020, the activity of the air and naval forces [of NATO] has increased significantly, and situations that can lead to serious incidents are increasingly emerging,” he said.

“These actions were openly provocative. The incidents were avoided only thanks to the high level of professional training of Russian pilots and sailors.”