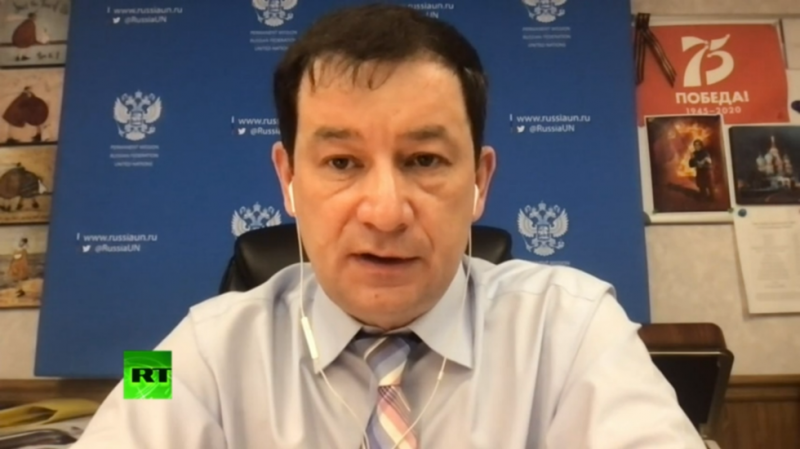 Washington and its allies have turned into a new “collective ministry of truth,” rigorously preserving their narrative on the ongoing conflict in Ukraine, Deputy Permanent Representative of Russia to the UN Dmitry Polyansky told RT on Thursday. The West has launched a massive smear campaign against Russia in the media and on the internet, the diplomat believes.

Western governments seek to spread views that are “beneficial to them but do not always correspond to the reality,” Polyansky said, adding that they ultimately seek to put their own population into a “bubble of lies” that makes it hard for an ordinary person to distinguish between factual information and a distorted picture of what is happening on the ground in Ukraine.

“That is behavior of a Ministry of Truth,” Polyansky said. The diplomat also said that Western governments try to dismiss any alternative information as fake or simply block access to it. He particularly pointed to the Western nations banning Russian outlets like RT and branding any information coming from Moscow or the Russian media as “propaganda.” 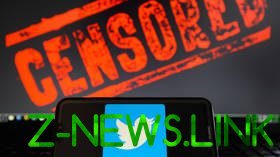 “We need to speak about the new Iron Curtain that is being imposed upon us by Western countries,” the diplomat said. This tactic does not seem to work, at least when it comes to the UN, he added. According to Polyanksy, Russia feels “a good degree of support or at least of understanding of what we are doing” in the UN. Many people there have covertly expressed their support to Moscow and said they understand the reasons behind Russia’s military operation in Ukraine.

“I do not think that the Western countries have succeeded in imposing a one-sided version of events” on other nations at the UN, Polyanksy said. Russia is “very active” in its attempts to present its own version of events. “We will try to promote our position … to push through this new Iron Curtain,” the diplomat said.

Current events will eventually bring the international community to a truly multipolar world, the diplomat believes, adding that the world is already witnessing a “profound transformation” and that it “will be different in a couple of months.”