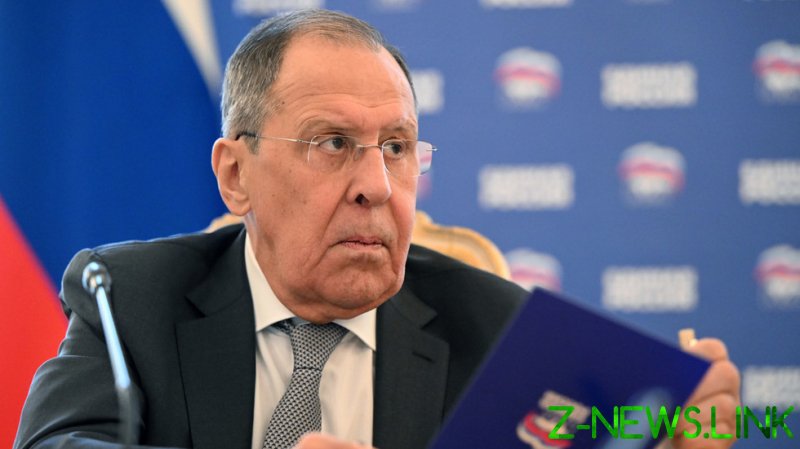 Russia will introduce new visa restrictions for citizens of “unfriendly states” as part of its response to the international sanctions imposed on Moscow amid its ongoing offensive in Ukraine.

Addressing the ruling United Russia party members on Monday, Russian Foreign Minister Sergey Lavrov said that a presidential decree “on retaliatory visa measures in connection with the ‘unfriendly’ actions of a number of foreign states” was being drafted.

“This act will introduce a number of restrictions on entry into the territory of Russia,” Lavrov said.

Meanwhile, the procedure for entry and stay in Russia for people without citizenship and those who ended up on the territory of Ukraine has been simplified. This was done “in order to prevent a threat to the life and health” of these people so that they could safely return to their home countries, the minister explained.

“Another suggestion is to freeze visas for all Russians,” he said, explaining that, in his opinion, this was necessary to make Russians aware of what was happening in Ukraine. Belgium previously voiced a similar proposal.

Japan earlier froze the issuance of visas to certain categories of Russians, while Lithuania, Latvia, Norway, and the Czech Republic stopped issuing visas to all Russians. Prague and Oslo have also suspended the acceptance of documents for a residence permit.

The EU countries have also agreed that, in order to obtain diplomatic passports, Russians will have to pass a visa check and entry will be allowed only with a positive result, Austrian Chancellor Karl Nehammer said. The EU has suspended the simplified visa program for diplomats and officials from March 1.

The Russian list of “unfriendly states,” which initially featured just two countries – the US and Czech Republic – was significantly expanded in March in the wake of the unprecedented sanctions imposed on Moscow by the West. Now the list includes the EU countries, Ukraine, the UK, Canada, Japan, and other nations.

All these countries are subject to various retaliation measures, restrictions and specific requirements from Russia. Recently, President Vladimir Putin ordered all payments for the natural gas from the “unfriendly states” to be switched to rubles – a measure which was collectively rejected on Monday by G7.

Another “retaliation” initiative saw the Finance Ministry requesting Russian companies wishing to work with firms from countries on the list to receive government permission for the deals.