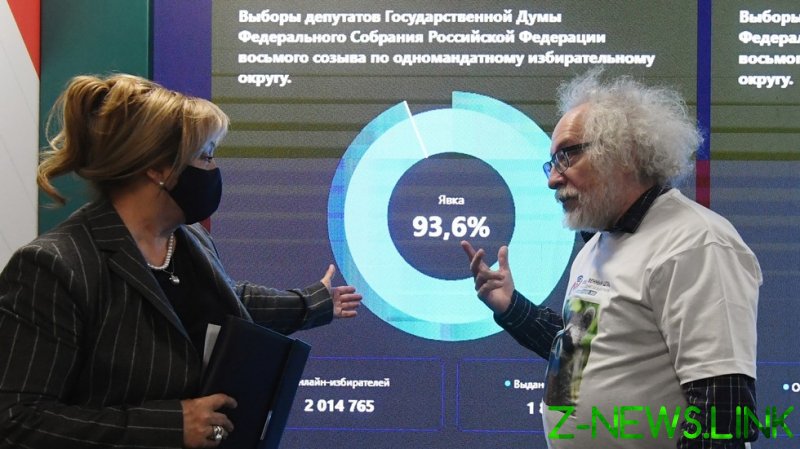 That’s according to Alexey Venediktov, a well-known Russian journalist and editor of liberal outlet Echo of Moscow, who was chosen to head the capital’s election observation headquarters. According to business daily Kommersant, the veteran broadcaster explained that the process would not be legal in nature, but rather a “reconciliation of results”.The newspaper reports that a public audit group for e-voting will also be set up, which will be chaired by Grigori Melkonyants, co-chairman of Golos, an election monitor recognized in Russia as a foreign agent, which was excluded from conducting observations during the vote.

Golos has claimed that a substantial number of ballots supposedly cast for the ruling party were fraudulent. From September 17-19, Russian citizens went to the polls to choose from 14 parties and other independent candidates vying for 450 seats in the country’s parliament.

On Monday, the day after the voting was completed, the country’s Communist Party announced that it would refuse to recognize the electronic votes cast in Moscow, alleging falsifications. Russia introduced electronic voting this year in nine of its 85 regions. Although all of the other parts of the country using the technology reported their results shortly after the polls closed, Moscow’s declaration was delayed. Some opposition figures believe that this time was used to rig the election.

Suspicions were raised after the results in certain constituencies changed dramatically after electronic votes were counted, sometimes overwhelmingly flipping the result in favour of the United Russia candidate, the party that supports President Vladimir Putin.