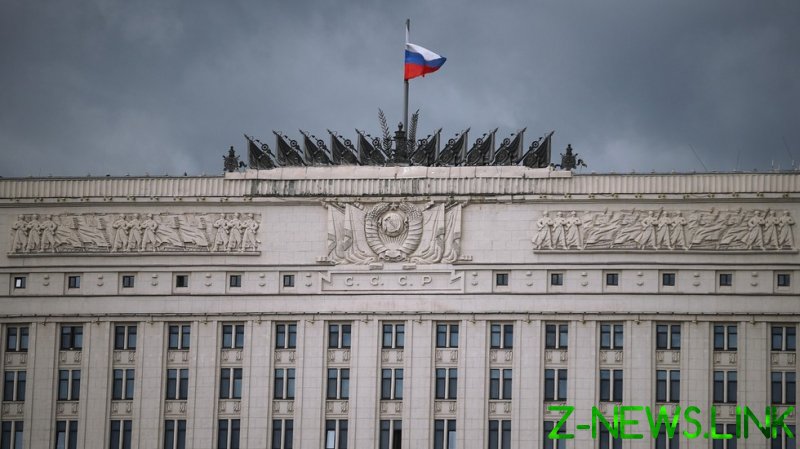 “The representative of the US Armed Forces was informed of the position of the Russian military in connection with an attempt by the US Navy destroyer Chafee to violate the state border of the Russian Federation in the Peter the Great Bay area on October 15,” the Defense Ministry said in a statement on Friday.

The Arleigh Burke-class guided missile destroyer belonging to the US Pacific Fleet attempted to cross into the Russian waters around 5pm local time on Friday, before it was forced off-course by the Russian Navy’s anti-submarine vessel Admiral Tributs.

“After receiving the warning, the destroyer Chafee, instead of changing course to leave the closed area, raised its colored flags to indicate preparation for a helicopter to take off from the deck, which means it is impossible to change course and speed, and took action to violate the state border of the Russian Federation in the Peter the Great Bay,” the Russian Defense Ministry said earlier, describing the incident.

The “unprofessional” actions of American sailors grossly violated the rules for preventing collisions at sea and the provisions of the Russian-American agreement on the prevention of incidents on the high seas and in the air, the US attache was informed.

Friday’s incident comes three months after a British destroyer sailed into Russian waters off the coast of Crimea. The HMS Defender planned the stunt to demonstrate the UK’s belief that the peninsula was part of Ukraine. The Russian Navy responded with warning shots and sending interceptor jets, and the Kremlin said that the next such provocation would be met with live fire.

In a similar incident in November 2020, the US Navy destroyer John S. McCain also invaded Russian waters in Peter the Great Bay, and was chased off by the Russian destroyer Admiral Vinogradov, which threatened to ram the American vessel if it did not change course.

The US Navy claimed at the time that the McCain was conducting a “freedom of navigation” operation to challenge Russia’s “excessive maritime claims.”