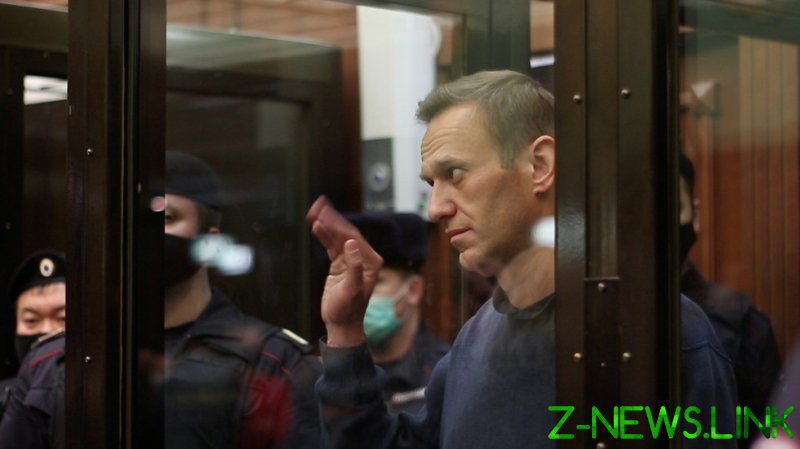 “Don’t meddle in the internal affairs of a sovereign state. And we recommend that everyone deals with their own problems,” Foreign Ministry spokeswoman Maria Zakharova told Russian broadcaster RBC on Tuesday.

“Believe me,” she added, “there are enough of their own problems in these countries, there are plenty of issues to deal with.”

Shortly before Zakharova spoke, the Moscow City Court ruled that Navalny had failed to abide by the terms of a suspended sentence, originally handed down for embezzling 30 million rubles ($400,000) from two companies, including the French cosmetics brand Yves Rocher. As Navalny had already served close to ten months under house arrest, his three-and-a-half year sentence was shortened to just under two years and eight months behind bars.

His sentencing was condemned across the West. In Washington, US Secretary of State Tony Blinken said he was “deeply concerned” by Navalny’s imprisonment, and said the US would work with its allies to “hold Russia accountable for failing to uphold the rights of its citizens.”

After a phone call between US President Joe Biden and Russian President Vladimir Putin last week, the White House said that Biden would act firmly in response to “actions by Russia that harm us or our allies,” though Navalny was not mentioned in the official readout of the call.

In Berlin, German Foreign Minister Heiko Maas issued a similar statement. “Today’s verdict against Alexei Navalny is a bitter blow against fundamental freedoms and the rule of law in Russia,” he wrote on Twitter, concluding “Alexey Navalny must be released immediately.”

As Navalny was treated for his alleged poisoning in Germany last year, the eyes of the world’s media were focused intently on Berlin’s reaction to the protest leader’s trial and sentencing. French officials called on Angela Merkel’s government to cancel the nearly-completed Nord Stream 2 gas pipeline in response, but Berlin has refused to abandon the project. The pipeline, which would secure the flow of Russian gas into Germany without passing through Ukraine, has already been sanctioned heavily by the US.

Russia’s neighbors Lithuania and Latvia urged the EU to sanction Russia in response to the sentence. Although no plan to do so has been formally announced, EU foreign ministers said last month that they would consider avoiding sanctions if Navalny were set free. Sanctions will likely be discussed at an upcoming EU summit in March.

Navalny’s case stoked protests in Moscow and drew the attention of more than just state leaders in the West. Swedish climate activist Greta Thunberg chimed in with her opinion on Tuesday, condemning EU leaders for buying their fossil fuels from “the ones responsible for this.”