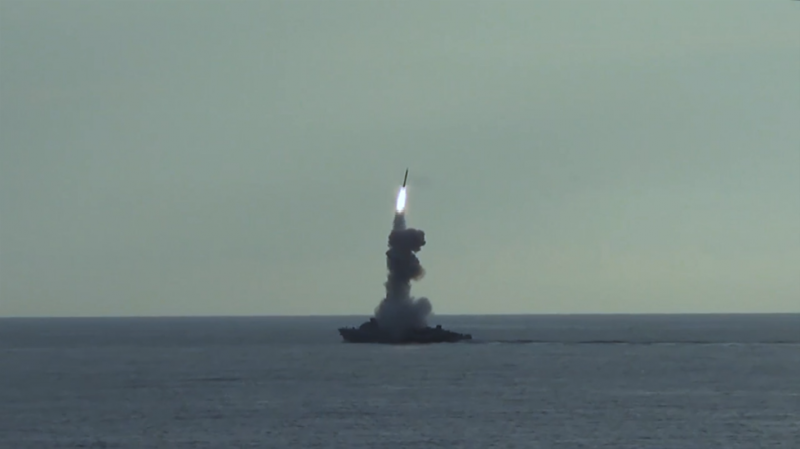 The Russian Ministry of Defense has confirmed striking targets in the major Ukrainian port of Odessa on Saturday, revealing that its missiles hit military infrastructure and arms stockpiles.

“In the seaport of Odessa, on the territory of a shipyard, a docked Ukrainian warship and a warehouse of Harpoon anti-ship missiles, supplied by the US to the Kiev regime, have been destroyed by sea-based high-precision long-range missiles,” the ministry said on Sunday.

The attack also crippled a repair facility where vessels of the Ukrainian navy have been fixed, it added.

The strike on the target in Odessa, which is a major trade hub in the southwest of Ukraine, came a day after the signing of a UN-brokered deal to unblock grain exports from Ukrainian ports.

During the conflict that has been underway since February 24, Moscow has insisted that its troops only fire at Ukrainian forces and military infrastructure, not civilian facilities. 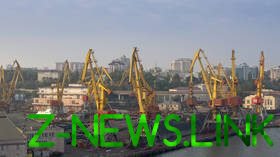 According to Kiev officials, four cruise missiles were used in the attack on the port of Odessa, allegedly targeting grain silos located there. Two of the missiles were intercepted and two made it through, but failed to inflict significant damage, they said.

Ukrainian leader Vladimir Zelensky described the strike as “barbarism” and insisted “Russian Kalibr missiles destroyed the very possibility of statements” on the need for dialogue and any agreements with Moscow.

UN Secretary-General Antonio Guterres “unequivocally condemns” the attack on the port of Odessa, his spokesman said. According to Guterres, “the full implementation [of the deal] by Russia, Ukraine and Turkey is imperative” because the products that are covered by it are “desperately needed to address the global food crisis and ease the suffering of millions of people in need around the globe,” he added.

The Russia-Ukraine agreement, which had been agreed on Friday with the mediation of Turkey and the UN, sets out a framework for resuming Ukrainian grain exports via the Black Sea ports, which had been disrupted by the fighting.

In addition, Russia and the United Nations signed a memorandum providing for the UN’s involvement in lifting international sanctions on the export of Russian grain and fertilizers to world markets.