Moscow refuses Christmas Covid-19 lockdown: Festivities to go ahead with curfews & tests as mayor says end to pandemic in sight 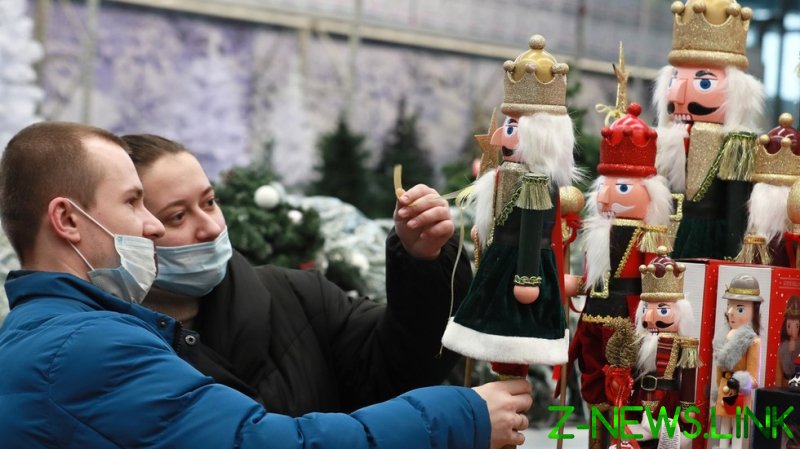 Sergey Sobyanin told Rossiya 1 news channel on Saturday that he believes “we’ll fight Covid-19 for a long time to come, but the most acute period should end in a few months.” He added that the most difficult choice for political leaders was not when to close things down, but when to open them back up.

“Cancelling restrictions means you risk the possibility of mass infections,” he said, reiterating that it was necessary to avoid catastrophic damage to whole sectors of the economy.

On Friday, authorities in the capital announced that new rules would come into force over the festive season, with a ban on large-scale Christmas markets and mass gatherings. However, as proof that you can’t fight tradition, smaller markets have sprouted up across the city to comply with the rules. On Sunday, the head of the Moscow Government’s Department of Trade and Services, Alexey Nemeryuk, told journalists that, “for the first time, we have a much larger number of Christmas tree bazaars in the Central Administrative District so that all residents can buy a live Christmas tree.”

Bars, restaurants and cafes will be able to operate over the period, but won’t be ringing in the New Year itself, as they’ll be forced to take last orders before 11pm. Revellers will also have to have a certified negative coronavirus test, taken at most three days beforehand, in order to be let into venues and hotels.

Moscow has been Russia’s Covid-19 epicenter since the start of the pandemic in March, with over 135,130 positive tests recorded in the city and its surrounding region. Officially, 2,645 people have died of the virus over that period. On Friday it was reported that more than 9,000 people had been vaccinated in the capital, with 93 centers offering the Russian-made Sputnik V jab, the first in the world to be registered.