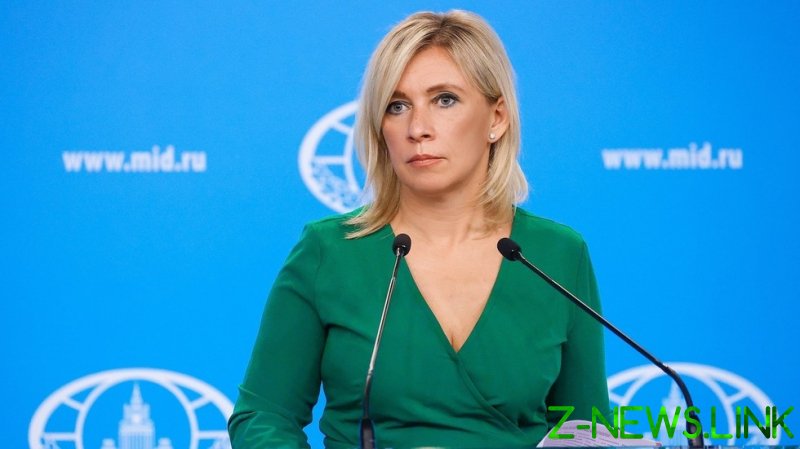 Russian Foreign Ministry spokeswoman Maria Zakharova has stressed that Moscow’s position on negotiations with Ukraine remains unchanged. This follows allegations made by a German official who recently claimed that Moscow was unprepared to hold talks.

“We are still open to negotiations, we have never refused them, we are ready to conduct them, taking, of course, into account the realities which are being formed at the current moment,” Zakharova said during a briefing in Moscow on Wednesday.

The spokeswoman went on to accuse the German government of failing to use its influence over Kiev to seek a peaceful resolution to the conflict between Russia and Ukraine.

“Instead of using its influence on the Kiev regime, the German side, contrary to its own laws and regulations prohibiting the export of lethal weapons to crisis zones and armed conflict zones, continues pumping the Kiev regime with various weapon systems, thereby encouraging it to continue hostilities at any cost,” Zakharova said.

READ MORE: Zelensky sets out conditions for talks with Moscow

Moscow’s response comes after a deputy spokesperson of the German federal government, Christiane Hoffmann, said on Monday that Berlin sees “insufficient readiness for negotiations on the part of Russia.”

Meanwhile, Ukrainian President Vladimir Zelensky has called on world powers to “force Russia into real peace negotiations” and offered his own set of conditions for resuming talks, including the restoration of Ukraine’s territorial integrity and compensation for all damage caused by the conflict.

Last week, several media outlets also reported that US officials had secretly been pushing Ukraine to show a willingness to engage in dialogue with Moscow. However, according to the Washington Post’s sources, this was not intended to achieve any real negotiations, but to alleviate the concerns of foreign backers about the conflict becoming protracted.