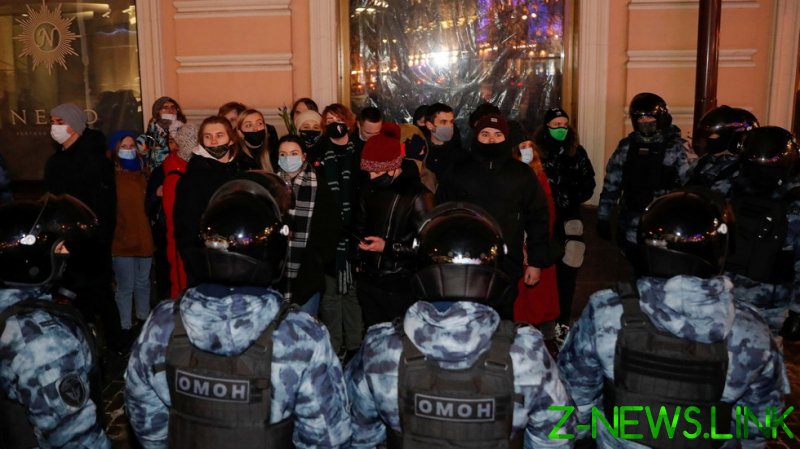 Navalny was originally sentenced in 2014 to three and a half years of probation for embezzling 30 million rubles ($400,000) from two companies, including the French cosmetics brand Yves Rocher.

The Moscow City Court ruled on Tuesday that he had violated the terms of his sentence by not reporting to the Federal Penitentiary Service (FSIN) while in Germany, where he was flown after the alleged “novichok poisoning” in August 2020.

While no official information was available, OVD-Info – an opposition-linked police-tracking NGO that has received some Western funding – estimated that over 900 people have been detained in several Russian cities for taking part in unauthorized protests.

One video from Moscow showed riot police rounding up a group of protesters who refused to disperse.

Another video shows a scared young woman who tells the police she took a wrong turn and ended up among the protesters, before being escorted to safety.

The call for protests came from Navalny’s team based in Germany. Several thousand people heeded the team’s call to protest on Sunday as well, demanding his release, defying local Covid-19 restrictions. While most of the demonstrations were peaceful, several people were detained after attacking officers and reportedly setting a police van on fire in Moscow.