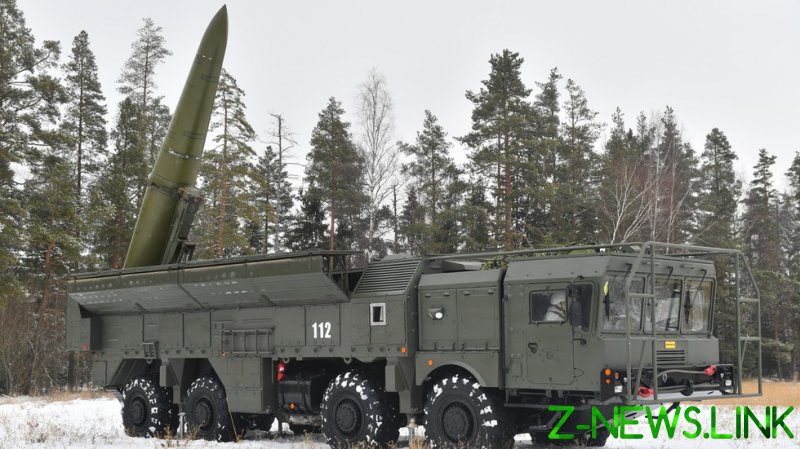 Speaking to the press on Friday, spokeswoman Maria Zakharova was responding to reports in the Japanese media that Washington and Tokyo are discussing plans to place the American weaponry in Japan. Before August 2019, when then-US President Donald Trump pulled Washington out of the INF Treaty, these weapons were completely forbidden.

“I would like to stress once again that the deployment of American intermediate-range and short-range ground missiles in various regions of the world, including the Asia-Pacific region, in any configuration, would have an extreme destabilizing effect in terms of international and regional security,” she said, noting that it would likely start a brand new arms race without actually strengthening the security of the US and its allies, and a Russian reaction would “undoubtedly” follow.

Zakharova also revealed that Moscow is open to “equal and constructive work” to strengthen international security following the end of the INF Treaty.

Last year, at a meeting of the Valdai Discussion Club, a well-respected think tank, Russian President Vladimir Putin promised that Moscow would take retaliatory steps against US missile deployments in the Asia-Pacific region.

“We, unfortunately, have new threats. For example, the intentions and statements of our American partners about the possibility of deploying intermediate-range and shorter-range missiles in the Asia-Pacific region are alarming,” he said. “Without any doubt, we will have to take something in response. This is an absolutely obvious fact.”

This comment followed a statement from then US Secretary of Defense Mark Esper that Washington planned to increase its number of missiles in Europe and Asia.

The INF Treaty was signed in 1987 by then-Presidents Mikhail Gorbachev and Ronald Reagan, and prohibited the Soviet Union and the US from producing and deploying certain types of missiles. In February 2019, Washington began the procedure to withdraw from the agreement, accusing Moscow of failing to comply. The US formally left the treaty on August 2 2019.