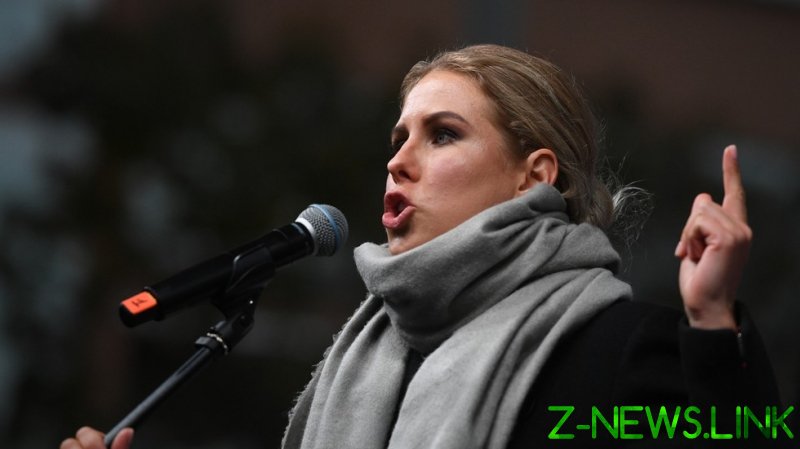 The former political candidate works as a lawyer for Navalny’s Anti-Corruption Foundation (FBK), and has been a mainstay of the Moscow street protest movement since 2011.

Sobol was detained on December 21 outside Konstantin Kudryavtsev’s building in Moscow, before being released with a small fine of 1,000 rubles (about $13) for disobeying a police officer. Four days later, she was taken in again by police, who also arrived with a search warrant for her apartment. She is now being questioned as part of a criminal case regarding “violating the inviolability of a home, with violence or the threat of its use.” Her lawyer, Vladimir Voronin, explained that Sobol is not being treated as a suspect but as a witness.

However, according to the Investigative Committee working on the case, Sobol had “repeatedly” tried to break into the apartment of an “elderly woman” while dressed in the uniform of Rospotrebnadzor, the country’s health watchdog. After two failed attempts, the activist reportedly tricked a delivery-service worker into letting her into the residential building. Eventually, when the “elderly woman” opened the door, Sobol pushed her and burst into her apartment.

Legal documents published by Sobol’s lawyer claim that an “unidentified person” had tried to get into two apartments. The complaint was filed to the police by a Galina Subbotina, who claimed the person had “used violence,” causing her “mental suffering and physical pain.” Navalny himself claims that Subbotina is Kudryavtsev’s mother-in-law.

Ivan Zhdanov, director of the FBK, reported that Sobols’ equipment had been seized from her home.

On December 21, Alexey Navalny published a video in which he is heard speaking to a man purported to be Kudryavtsev. In the video, ‘Kudryavtsev’ admits to being part of a team which poisoned the opposition figure. The Federal Security Service (FSB) has said that the call was faked.

Navalny fell ill on a flight to Moscow from the Siberian city Tomsk, on August 20. The plane was forced to make an emergency landing in Omsk, another Russian city, where he was taken to hospital and placed in a coma. After requests from his family and associates, he was later flown to Berlin’s Charité Clinic for treatment. Shortly after arriving in Germany, doctors announced that the opposition figure had been poisoned by Novichok. Russian doctors continue to deny that any poisoning took place. On September 23, Navalny was discharged.