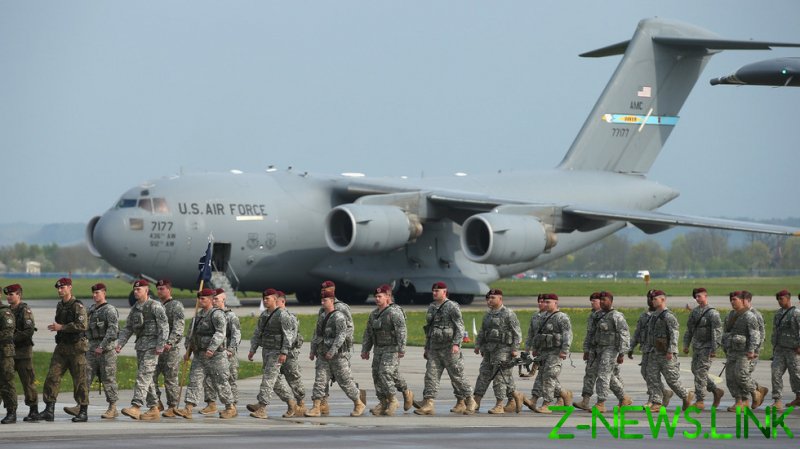 In a statement released on Monday, Foreign Ministry spokeswoman Maria Zakharova said that Washington was increasingly discussing proposals to deploy rocket launchers to the continent. Previously banned by the INF Treaty, research and development has reportedly resumed since the pact was torn up in 2019 by then-US President Donald Trump.

The spokeswoman argued that “the British military has now joined in with the openly hostile and destabilizing rhetoric,” citing intentions to upgrade its missile launch complexes to “make it possible to deliver deep missile strikes, in order to neutralize enemy air defense systems.”

“We cannot help but notice the obsession of these Anglo-Saxon commanders on the task of defeating purely defensive units designed to ensure the security of the Russian Federation in the event of a military attack,” Zakharova added. She also said Russia disputes the officially declared ranges of the launchers, claiming that Britain was being “clearly and deliberately misleading” about its ability to strike targets at distance.

“We aren’t closing the door to dialogue,” the Foreign Ministry official added, “but we can’t rule out that Russia will be forced to shift its efforts towards military measures in response to emerging missile threats.”

Last year, a potential row over rockets was temporarily averted when Russia said it would delay deployment of its newly developed 9M729 system in the European part of its territory, provided NATO took reciprocal steps. US officials claimed that the missile had a range of more than 500km, prohibited by the INF Treaty. This was then used as the basis for Washington dissolving its membership of the pact. Russian President Vladimir Putin insisted that the 9M729 was in compliance with the terms of the deal, but offered to keep it clear of the country’s borders in Europe as a goodwill gesture.

In her statement this week, Zakharova cited “cynical” US plans that she said had been put forward by US General John Rafferty “to test the prototype of the missile at the maximum range to see by how much it will exceed 500 km.”