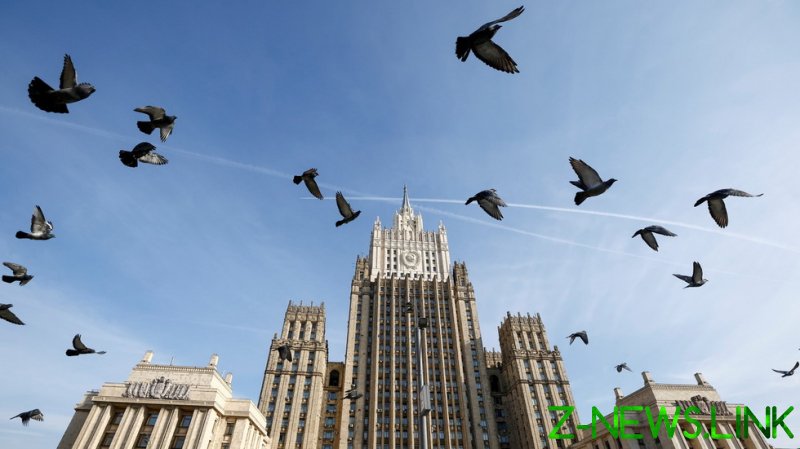 Speaking at a press conference after meeting his French counterpart Jean-Yves Le Drian in Paris on Friday, Lavrov cautioned the West on forthcoming consequences to its “unfriendly moves.”

“We reaffirmed our intention to continue to show an exceptionally restrained approach, not to create problems artificially, but we will, of course, react to the unfriendly steps that the West is taking,” the top diplomat said.

Lavrov also condemned the increasingly “aggressive” behavior of NATO towards Russia, noting the bloc’s “deployment of additional forces to the Black Sea region,” as well as sending “unusual” amounts of combat vessels into the region.

At the same time, Lavrov said he’d discussed with his French counterpart ways to break out of the deadlock in Moscow-EU relations.

Russia’s top diplomat also revealed it had earlier been possible to speak with the President of the European Council Charles Michel on the sidelines of the international conference on Libya, and the “need to somehow normalize the situation between Moscow and Brussels” had been discussed.

Persistently cold relations between Russia and the West have deteriorated further in recent days amid the ongoing migrant crisis along the Belarus-Poland border. Warsaw has explicitly blamed Russia for the crisis, claiming Moscow was behind the actions of Belarusian President Alexander Lukashenko, who it alleges has tried to spark a crisis by encouraging migrants into the EU. Russia has denied any involvement in the ongoing crisis.

Tensions were further stirred up by US media, which reported this week, citing high-ranking officials, that Washington had warned its EU partners of a “potential invasion” allegedly planned by Moscow against Ukraine.

Moscow strongly rejected the allegations on Friday, with Kremlin spokesman Dmitry Peskov saying such headlines are “empty” and “unfounded.”