Moscow independents collectively encouraged to register candidates in the MHD 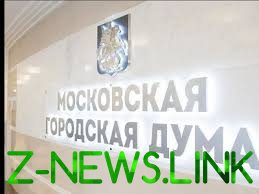 Independent municipal deputies wrote an open letter in which he called on the Moscow city election Commission to register all opposition candidates in the Moscow city Duma. It was signed by 80 deputies.

“We, the independent municipal deputies of Moscow, we Express our solidarity with
requirement of tens of thousands of Muscovites who came to protest peacefully July 20, 2019. We advocate for fair competitive elections as the only method of peaceful change. We again appeal to the Moscow city election Commission to register all opposition candidates in the Moscow city Duma”, — the statement says.

The authors of the message believe that the decision of the electoral Commission “ensure civil peace and calm” in the capital.

See also:  The Pentagon is not ready for military cooperation with Russia

They demanded from the Moscow authorities and personally from the mayor of Sergei Sobyanin “not to interfere with the Mothersurname impartially to consider the legitimate complaints of candidates for the refusal of registration and make the right and legal decision about their registration in order not to aggravate the social situation in our city.”

Elections in the capital will be held in a single voting day on 8 September.

The Moscow electoral Commission refused to register a number of opposition candidates (the lawyer of FBK Lyubov Sobol, Ilya Yashin, Anastasia bryukhanova, Alexander Soloviev, and others), declaring that a part of signatures in support of them are rigged.

20 July in the capital was agreed with the authorities of the rally “libertarian party of Russia”, for the admission of candidates. According to various sources, it came from 12 to 22.5 thousand employees. The opposition leader Alexei Navalny has announced that next Saturday (July 27) the gathering will be held under the Windows of city hall if the government did not reconsider its position.

On the eve of Navalny was arrested for 30 days, a number of oppositionists were searched. It turned out that the demonstrations in the framework of the criminal case under article 141 of the criminal code (“Obstructing the exercise of electoral rights or the work of electoral commissions”).