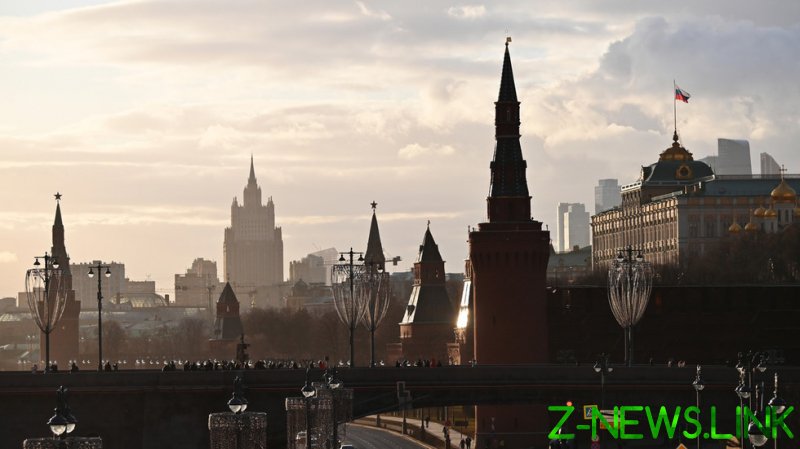 Russian Deputy Foreign Minister Sergey Ryabkov told reporters on Tuesday that “we have had contact with the US administration on the situation in the Donbass, and we have exhaustively explained to their side what is happening.” He added that Western rhetoric over Ukraine is striking an increasingly belligerent tone, and that “Washington should be concerned about the consequences of this coordinated policy.”

The day before, US State Department spokesman Ned Price warned of credible reports of Russian troop movements on the border with Ukraine, which some in Kiev have claimed to be a precursor to an invasion. He added that Washington is “open to engagement with Moscow” to prevent a crisis and issued a “call on Russia to refrain from escalatory actions.”

The Kremlin has denied that troop movements in western Russia are a preparation for war, with press secretary Dmitry Peskov saying that the country’s army “moves around Russia in whatever direction it considers necessary to ensure the security of our country.” He added that the deployments are within the context of “increased activity of the armed forces of NATO countries, other associations, individual countries.”

Over the weekend, Ukraine’s representative in talks over the future of Donbass said that the US-led military bloc was preparing itself for a potential conflict with Russia. “A large-scale NATO exercise has begun, called DefenderEurope 2021,” Aleksey Arestovich said, adding that “this basically translates to Defend Europe.” The envoy said that the drills will focus on areas “from the waters of the Baltic to the Black Sea, to put it bluntly, armed confrontation with Russia.”

As part of the wargames, Europe is expected to see the largest deployment of US forces since the start of the 21st century. Around 20,000 American troops will participate, along with a 17,000-strong contingent from NATO member states and non-members like Ukraine.

The bloc says the drills “provide an opportunity to promote the benefits of NATO’s partnerships to increased security and stability.” An official statement for last year’s smaller-scale initiative said it would bolster “Alliance-wide readiness and capability to deploy and respond decisively against any adversary in a multinational, multi-domain, high-intensity conflict… executing large-scale ground combat operations against a near-peer adversary in Europe.”