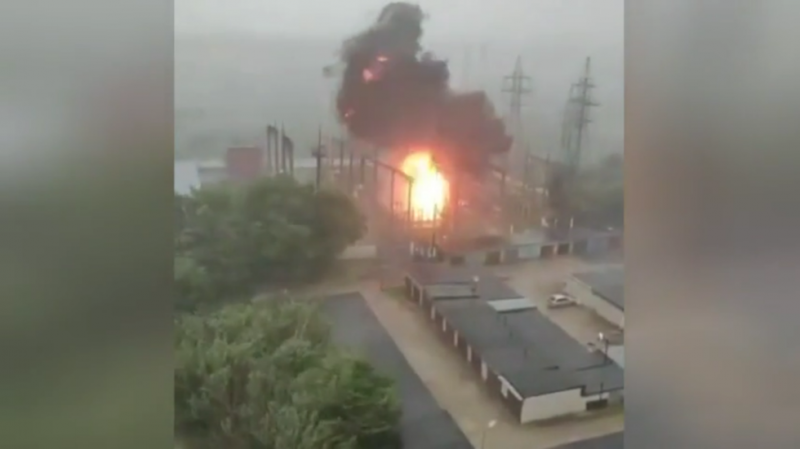 One of the capital’s main thoroughfares, Vernadsky Avenue, was turned into a lake, and became impassable by car.

At Yasenevo Metro Station, in the south of the city, water poured down the steps, flooding the concourse. The station was forced to close.

Nearby, a shopping center was turned into a waterfall and shoppers were drenched as rain cascaded through the ceiling.

Just outside the city, heavy winds destroyed everything in their path, even bringing down a crane at a construction site.

In Shchelkovo, just to the east of Moscow, lightning struck a transformer substation in a residential area, causing a deafening bang and a fire.

On Pravda Street, in the northern suburbs, heavy winds caused the roof of a building to collapse onto the street, with debris landing on cars.

However, one of the city’s more daring residents welcomed the rain as an opportunity to go for a swim.