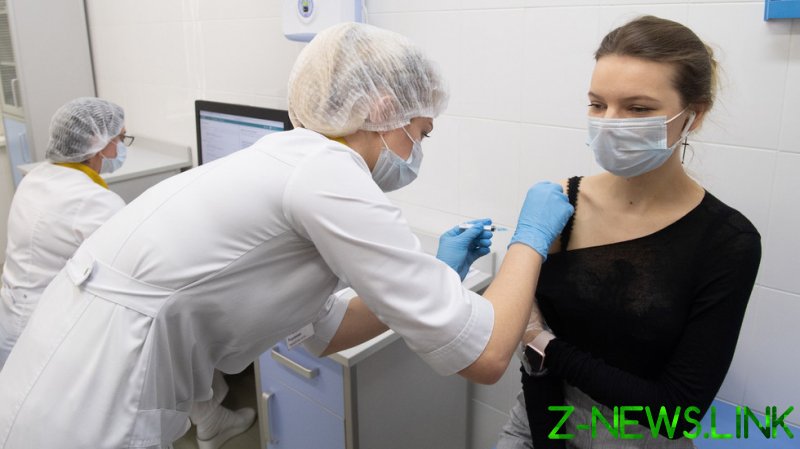 The Mayor of Moscow, Sergey Sobyanin, announced on Sunday on his personal website that registration would open for employees of banking and finance businesses, as well as for government workers. They will be able to sign up to receive their first dose of the Russian-made Sputnik V vaccine at one of 70 centers set up across the city.

In December, Russia announced that it had rolled out the jab to at least 150,000 people in the country, with Muscovites among the first to get access. Doctors and teachers were the first category of workers eligible for appointments but, in practice, few checks were carried out to verify people’s roles. Since then, personnel working in energy, industry and in the media have been offered vaccines as well.

While coronavirus caseloads had been steadily rising in Russia, which has refused calls for a second national lockdown, the number of positive tests dipped on Sunday to 24,150, the lowest since November.

The outbreak has been clustered around the country’s two largest cities, with Moscow and St Petersburg accounting for 40 per cent of all positive tests recorded in the past week.

In November, Sobyanin said that the end of the pandemic was in sight, and that “Moscow’s outpatient clinics are the best in the country.” Residents in the capital were, however, urged to stay home over the festive period and clubs, bars and restaurants, although allowed to remain open, are subject to an 11pm curfew. Would-be partygoers also had to present a negative Covid test certificate to make it past the front door.