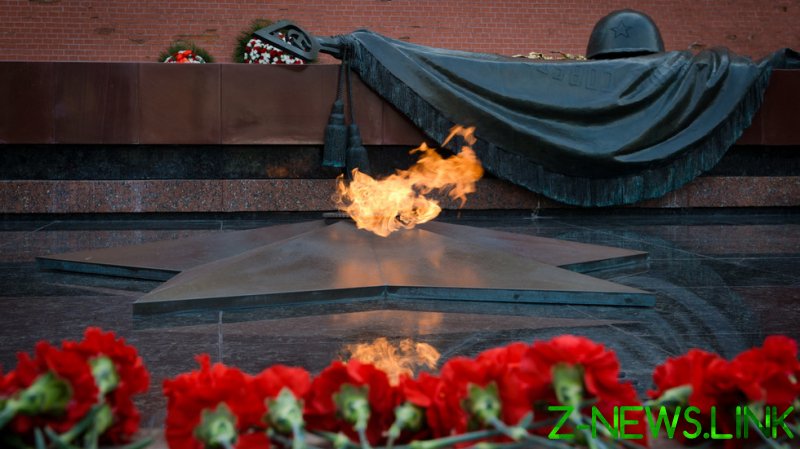 Hodges is the former Commanding General of the United States Army Europe and now serves as a lobbyist at the Center for European Policy Analysis (CEPA), a Washington and Warsaw-based pressure group that promotes the agenda of US military contractors in Eastern Europe. In addition to arms industry interests, it is also funded by the US State Department and NATO.

In recent years, the Second World War has been a target for historical revisionism, with figures on both sides of the Atlantic being attacked for supposedly rewriting established truths for modern-day political gain. While most of the rhetoric has centered around claiming responsibility for the defeat of the Nazis, Hodges has shocked many commentators by suggesting that widely agreed figures surrounding the war’s casualties are actually false.

On March 3, during a Zoom call, live-streamed on the Facebook page of the Ukrainian Congress Committee of America, the retired lieutenant general responded to a quote from German President Frank-Walter Steinmeier that Germany had been responsible for the death of many Russians.

“I was appalled that he said it,” Hodges said. “Of course, it was actually millions of Ukrainians, not millions of Russians, that died during the Second World War.”

The former officer’s claim directly contradicts the consensus within both Western and Russian academia that Russia lost more than 10 million citizens between 1941 and 1945.

Historian Vadim Erlikhman has estimated the Soviet deaths sustained at around 26.6 million, with Russians making up just over half of all fatalities, at 13.95 million, while Ukraine sustained an estimated 6.85 million deaths. Both losses devastated the local population, with Ukraine losing around 16.3% of its residents – more than Russia’s 12.7%.

There are no respected academics that support Hodges’ assertion that millions of Russians did not die, but he received no pushback from the other speakers taking part in the talk. The Zoom call was part of the 12th annual US-Ukraine Security Dialogue, a conference organized by the Center for US-Ukrainian Relations, a lobby group accused by some of having ties to OUN-B, an offshoot of the far-right Organization of Ukrainian Nationalists.

In response to Hodge’s claim, Alexander Alimov, Russia’s Deputy Permanent Representative to the UN, called it an “outright and primitive lie” and nonsense “below the abysmal level.”

RT contacted the CEPA for comment on Tuesday evening, but at the time of writing on Wednesday, there had been no response.