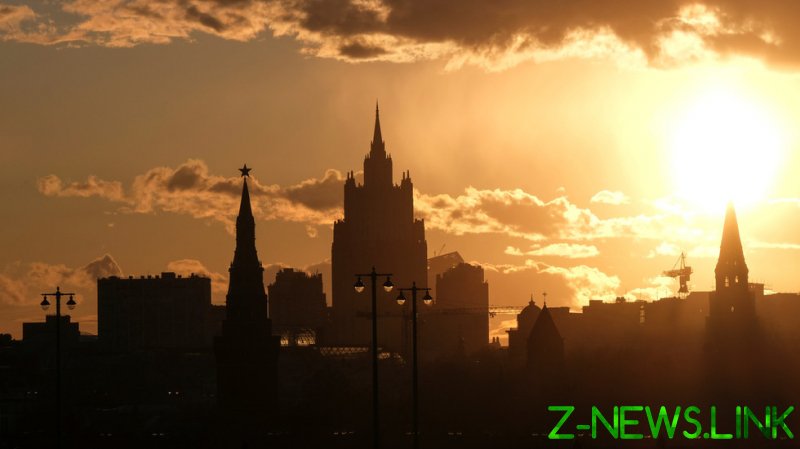 The EU has “missed yet another opportunity to review its … approach to relations with Russia” that is currently based on “sanctions and pressure,” Russia’s Ministry of Foreign Affairs said, in a statement following a summit of the bloc’s foreign ministers.

Earlier on Monday, the EU’s top diplomats agreed to impose additional sanctions on Russia over the jailing of the opposition figure. The move was confirmed by the German foreign minister, Heiko Maas, who said that the bloc had “decided today to impose further sanctions and list specific persons.” He also admitted, though, that EU relations with Russia “are certainly at a low.”

Yet, Brussels’ list of targets is apparently yet to be determined. So far, the EU diplomatic chief, Josep Borrel, was tasked with compiling such a list, which, according to Maas, would be agreed within days.

This line of action in particular drew criticism from Moscow, which said the move “defies logic” and added that it is essentially political in nature, since the EU first takes a decision to impose sanctions and then “plans to randomly pick their targets.”

The whole situation only shows that the EU is guided by political factors and “not its pompously professed commitment to human rights,” the Russian ministry said, as it, in turn, branded the EU move as “interference in the internal affairs of a sovereign state.” It also called demands for Navalny’s release “illegitimate” and “absurd” since he was jailed for economic crimes “in full accordance with Russian law.”

Navalny’s imprisonment was related to his previous sentence in a 2014 case when he was found guilty of embezzling 30 million rubles ($400,000) from two companies, including the French cosmetics brand Yves Rocher. At that time, he got a suspended sentence, the terms of which he later breached, according to the latest court decision. Thus, his suspended sentence was converted into a real one.

Navalny himself claimed his case and penalty were politically motivated. The European Court of Human Rights (ECHR) then ruled in his favor earlier in February and demanded his immediate release. Moscow rejected this ruling, explain that it amounted to “interference.”

Meanwhile, a group of “experts, politicians, public figures, human rights activists and members of the Russian opposition” sent an open letter to EU Commission head Ursula von der Leyen and the president of the European Council, Charles Michel, urging them to address the Navalny matter with “the utmost priority.”

The letter’s mostly European, Canadian and US signatories called on EU authorities to impose sanctions on Russian officials and against Moscow’s “strategic projects” like the Nord Stream 2 gas pipeline to Europe.

The letter was also signed by a few outspoken Russian opponents of the Kremlin. The list included self-exiled oligarch Mikhail Khodorkovsky; historian and opposition activist Vladimir Kara-Murza, who permanently resides in the US; and controversial historian Andrey Zubov, who once compared Crimea’s reunification with Russia to Austria’s annexation by Nazis. Lilia Shevtsova, a Russian historian and political scientist who worked in many American and UK universities, and Kostantin Eggert, the former BBC Russian Service Moscow bureau editor-in-chief, were among the signatories as well. Two more names on the list are those of Natalia Pushkareva, a Russian-born tax specialist who has worked for various European organizations, and Natalia Arno, the head of a US-based NGO “informing” American policymakers about Russia.

Moscow, in turn, noted that the use of “illegitimate instruments” by the EU, such as sanctions and ultimatums, “is regrettable.”

“Vying for a role of an independent pole at the global state, the EU … has downright forgotten that it can become reality only if it treats its partners with respect, refrains from interfering in the internal affairs [of other nations] and strictly follows the norms of international law,” it said.