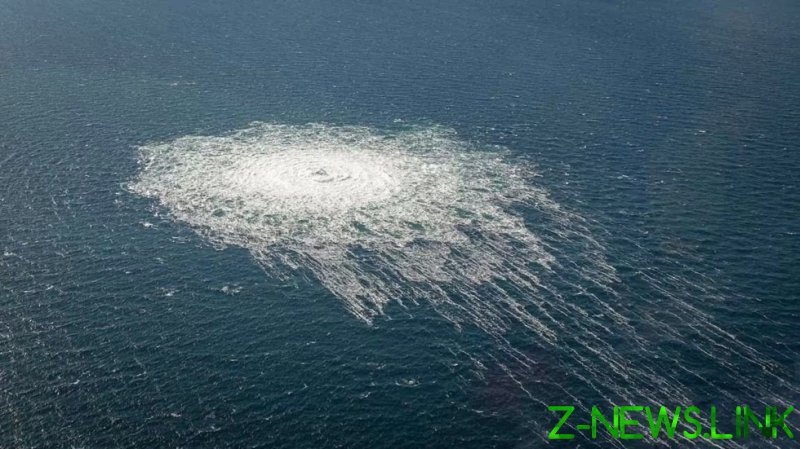 Russia will not recognize the results of the ongoing investigation into the explosions at the Nord Stream 1 and Nord Stream 2 gas pipelines in late September unless its experts are allowed to take part in the probe, Moscow has said. Russia’s foreign ministry revealed on Thursday it had summoned the representatives of Germany, Denmark and Sweden to convey its “bewilderment” over a lack of official reaction to a request for cooperation sent earlier this month by Russian Prime Minister Mikhail Mishustin.

In its press statement, the ministry noted that while Russian authorities and the country’s energy giant, Gazprom, have still not been granted access to the investigation, reports have been appearing which suggest that Berlin, Copenhagen and Stockholm have been far more accommodating to similar requests made by other nations, including the US.

Russian diplomats emphasized that if its calls for cooperation are ignored, Moscow will assume that the three European countries “have something to hide or [that] they are covering up the perpetrators of these terrorist attacks.”

“Russia will, of course, not recognize any ‘pseudo-results’ of such an investigation, unless Russian experts take part in it,” the statement read.

The warning comes after Swedish Prime Minister Magdalena Andersson announced on Monday that Stockholm would not share with Moscow the results of its investigation into the explosions that severely damaged the two conduits created to pump gas from Russia to Europe.

“In Sweden, our preliminary investigations are confidential, and that, of course, also applies in this case,” she explained.

The premier added, however, that Russia may conduct its own probe at the site if it so wishes.

Also on Monday, Russian President Vladimir Putin hinted that despite the denial of access to the probe, “we all know well who the ultimate beneficiary of this crime is.” Earlier, he had publicly laid the blame for the attack at the doorstep of the “Anglo-Saxons,” a Russian colloquialism for the US-UK bond.

Commenting on the blasts, US Secretary of State Antony Blinken had described them as a “tremendous opportunity” for Europe “to once and for all remove the dependence on Russian energy.”

The Nord Stream 1 and 2 pipelines were rendered inoperable on September 26 following a series of powerful underwater explosions off the Danish island of Bornholm.