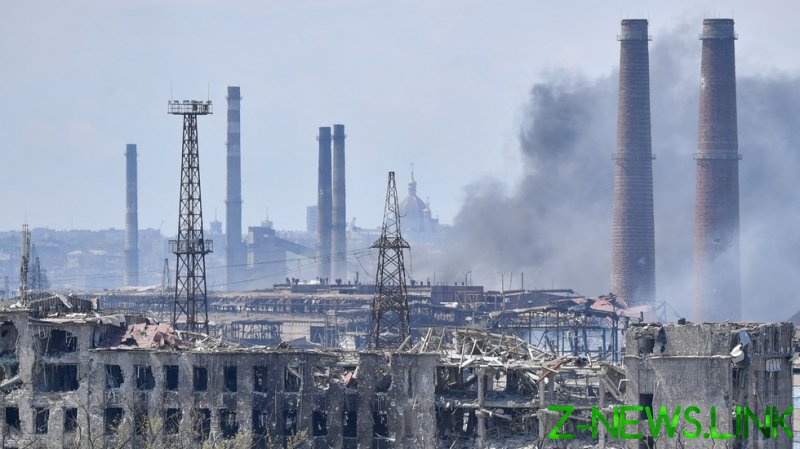 The Russian military has announced a new unilateral pause in its operation at the Azovstal steelworks plant in Mariupol, promising to open humanitarian corridors for civilians said to be holed up at the facility for three days straight. The steel plant remains the last stronghold under the control of Ukrainian servicemen and members of the neo-Nazi Azov regiment in the city.

“In accordance with the decision of Russia’s leadership, based on the humane principles of the Russian Armed Forces … we will open a humanitarian corridor from the territory of the Azovstal steel plant to evacuate civilians (workers, women and children), whose presence in the underground facilities of the plant has once again been claimed by Kiev,” the military said in a statement late on Wednesday.

The humanitarian corridor will be open for three days, from Thursday to Saturday, functioning from 8am to 6pm Moscow time every day. Civilians evacuating from the plant will be free to go anywhere, should they desire to evacuate into territories under Ukrainian or Russian control. On Sunday, several hundred civilians evacuated from bunkers in Azovstal in a humanitarian effort facilitated by the United Nations and the International Red Cross. 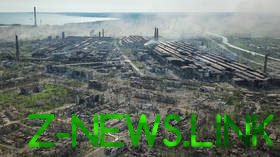 Over the past two days, however, the Azovstal plant has seen intensified fighting, prompting fears that Russian and Donetsk troops opted to finally launch an assault. The operation to storm the facility was called off on April 21 by Russian President Vladimir Putin, who ordered to blockade the plant instead.

Kremlin spokesman Dmitry Peskov explained the spike in fighting earlier in the day, saying the Russian military and its allies have merely been suppressing attempts by the besieged units to take up better positions amid the humanitarian pauses.

“There is no assault. We see that flare-ups occur when militants get out to assume gun emplacements. These attempts are being suppressed quite promptly,” he said.