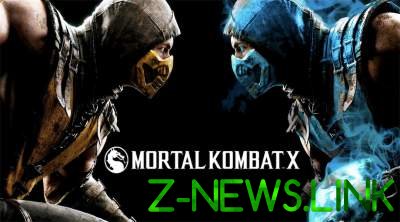 On the occasion of the 25th anniversary, the developers have prepared a short video.

In 1992, the year ed boon (Ed Boon) with a couple of mates released a fighting game for arcade machine Mortal Kombat, which marked the beginning of one of the most popular franchises, which has gained millions of fans around the world. And this fall, the developers at NetherRealm Studios are celebrating twenty-five years of the series — and she’s clearly not going to surrender their positions.

A quarter of a century of the iconic characters of “Mortal Kombat” were the heroes of more than a dozen video games for various platforms, the hit feature film that launched the career of Director Paul W. S. Anderson (Paul WS Anderson), some comic books and TV series (both animated and Youtube). In General, even if you never played Mortal Kombat, you differently once anywhere saw Sub-zero or Scorpion and heard this catchy tune.

Recall that the last game series, Mortal Kombat X was released for the PlayStation 4 and Xbox One in 2015-m to year, and a year later received a re-release of Mortal Kombat XL (including PC) with all the extra content in the composition. Developers are busy at the moment fighting game Injustice 2, has not yet announced any continuation, but this does not prevent them to add old friends to the game based on the DC comics (for example, recently entered the scene Raiden).

Well, you saw how changed over the years Mortal Kombat, on the occasion of the anniversary series enthusiasts from GameSpot did a comparative selection of the most long-running fatalities.