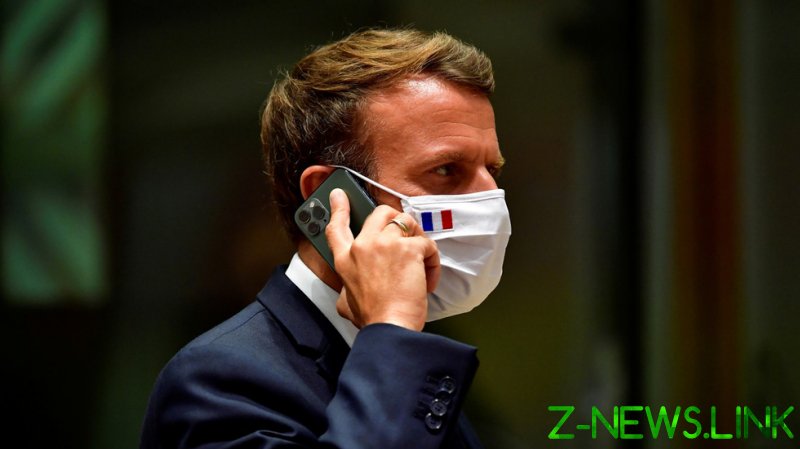 Hours after Paris prosecutors launched an investigation into allegations that Morocco’s intelligence agencies used Israeli malware to hack the phones of several French journalists, Le Monde reported that Macron was also targeted by Rabat’s agents in 2019, along with former Prime Minister Edouard Philippe and 14 other ministers.

The use of the ‘Pegasus’ malware, developed by Israeli firm NSO, to snoop on the phone communications of politicians, journalists, activists and business figures was revealed by Amnesty International and Forbidden Stories, a French investigative organization. These NGOs obtained a leaked list of 50,000 phone numbers, some of which were allegedly breached by the Pegasus malware, and shared the data with 17 media outlets. Le Monde was one of these outlets, which began publishing stories of the security breaches on Sunday.

“If the facts are true, they are obviously very serious,” Macron’s office told Le Monde on Tuesday, promising that “all light will be shed on these revelations.”

On Monday, the Moroccan government denied any use of the Israeli spyware, calling the accusations by Le Monde and others “unfounded and false.”

NSO has downplayed the leak, and accused the media of peddling “wrong assumptions and uncorroborated theories.” The firm insisted that it only sold the malware to state clients for counterterrorist operations and criminal investigations, and that not all 50,000 numbers on the list were targeted. Researchers have lent this explanation some credence, with a source telling the Guardian that NSO’s 45 customers targeted an average of 112 phone numbers each.