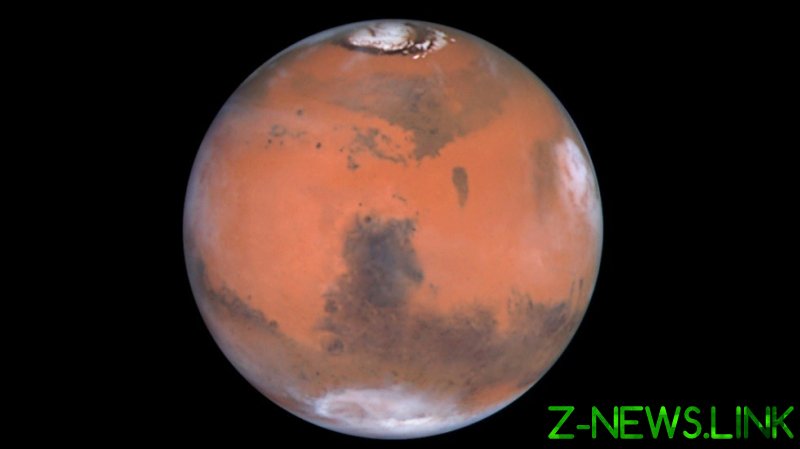 Data sent back by the European Space Agency’s (ESA) Mars Express probe has already pointed to liquid water at the base of the Ultimi Scopuli region. Now, three more bodies of water have been found nearby, according to a new study published Monday in the journal Nature Astronomy.

Researchers at Roma Tre University, in Italy, used signal processing procedures normally applied to polar ice sheets on Earth, such as in Antarctica, Canada and Greenland, to analyze the data sent by the Mars Advanced Radar for Subsurface and Ionosphere Sounding (MARSIS).

The first underground reservoir was found by MARSIS in 2018. Additional data shows a lake about 20 by 30 kilometers in size, surrounded by several smaller ones.

“We suggest that the waters are hypersaline perchlorate brines, known to form at Martian polar regions and thought to survive for an extended period of time on a geological scale at below-eutectic temperatures,” the new study says. In simple terms, that means they’re salty enough not to turn to ice even at temperatures at which water could be expected to freeze.

“While it is not possible for water to remain stable on the surface today, the new result opens the possibility that an entire system of ancient lakes might exist underground, perhaps millions or even billions of years old,” ESA noted in a statement announcing the study.

Though obviously difficult to reach, these underground lakes would be “ideal locations to search for evidence of life on Mars,” the space agency added.

The newest data is a significant step up from a 2019 study that also used Mars Express orbiter data to map out the Martian underground water system. Those findings were based on radar imagery showing features that could only have been created by water, such as valleys and channels on crater walls, or deltas thought to have formed by water levels rising and falling.

Most of Mars is now arid, but water has survived in the form of ice on the planet’s polar caps, especially in the south. In December 2018, ESA shared composite images from the Mars Express High Resolution Stereo Camera on board the probe, showing a 82-kilometer-wide, two-kilometer deep ‘ice trap’ inside the Korolev crater, in the Martian region of Olympia Undae.

SpaceX CEO Elon Musk has been outspoken in his plans to send humans to Mars, launching a Tesla Roadster at the red planet in February 2018 as proof of concept. The company is currently working on an interplanetary vessel dubbed Starship, with the intention of landing on Mars by 2022. The hard part is figuring out life support for the mission – something the existence of liquid water could help immensely.

ESA launched Mars Express in June 2003, on board a Russian Soyuz-FG/Fregat rocket from Baikonur in Kazakhstan. The probe made orbit in December that year, and has been sending data back ever since. It also included a lander, named Beagle 2, that was supposed to collect data from the surface, but failed to properly deploy.