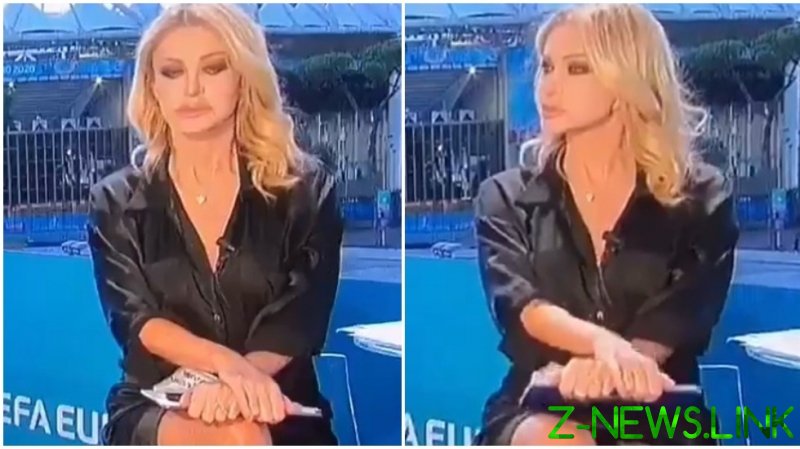 Ferrari, who was wearing a long black dress, sent Twitter into a frenzy when she uncrossed her legs and left many believing that she had gone commando but as she later elaborated on the show, her dignity remains well and truly intact. 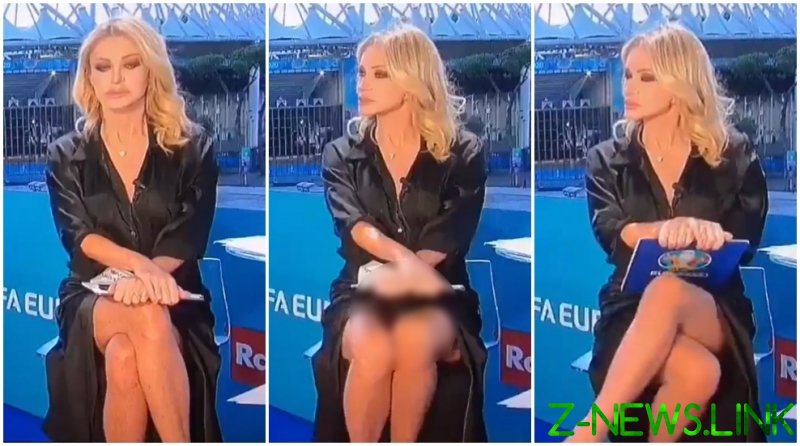 Ferrari insisted she wasn’t commando in the viral clip. © Twitter

And as for the comparisons with Sharon Stone, Ferrari hinted that she was flattered but said that any comparison’s with Basic Instinct’s steamy interrogation scene are off the mark.

“It’s a bit of a stretch, as she is one of the sexiest women in the world,” explained Ferrari.

“In short, the viral video seems a bit exaggerated, I presented two evenings WITH pants. Sharon Stone was not wearing underwear in that scene. I, on the other hand, prefer to protect health and hygiene.”

If you want to make up your own minds, we’re sure you can find the clip in question on social media easily enough…