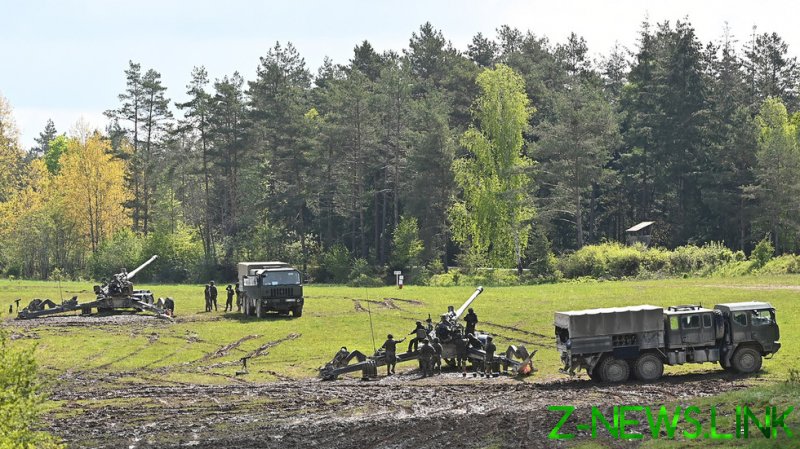 A Russian artillery strike has destroyed a battery of US-supplied 155mm towed M777 howitzers used by the Ukrainian military, the Russian Defense Ministry claimed on Monday.

The ministry released a video showing Russian self-propelled 152mm 2S5 Giatsint-S artillery guns in action. It didn’t specify the location, but described the strike as a “counterbattery mission.”

Last Wednesday, the Russian military reported destroying a battery of M777 howitzers near the village of Podgornoe. The Russian army used strike drones to force their opponents to seek cover in a small forest and followed up with a heavy artillery strike to finish them off, the Defense Ministry said. It released drone footage of the Ukrainian forces under fire as evidence.

The US has reportedly donated to Ukraine 90 artillery systems of the M777 type, over 140,000 155mm shells and some 70 trucks to tow the guns. Smaller batches have been offered by US allies Canada and Australia. Some Ukraine watchers were expecting the howitzers to become a game-changer for Kiev’s campaign against Moscow.

But according to some reports, there are complaints coming from Ukraine that the M777s lacked advanced computer equipment to ensure accuracy. The Pentagon declined to comment on the claim, but it’s believed they withheld the digital fire control systems to prevent Russia from capturing and studying them.