Home / WORLD / More than half of all Americans now partially vaccinated, one third fully jabbed up, CDC data shows

More than half of all Americans now partially vaccinated, one third fully jabbed up, CDC data shows 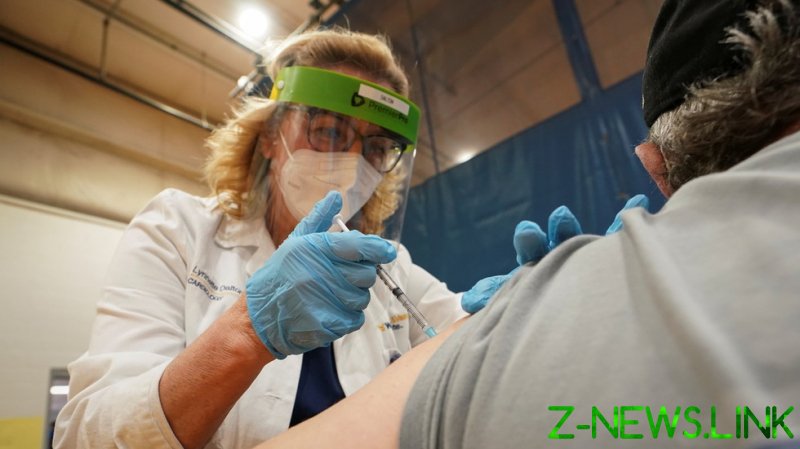 Some 50.4% of Americans aged 18 and over have received at least their first shot, according to figures released by the Centers for Disease Control and Prevention on Saturday. 32.5% are fully vaccinated.

A total of 209 million doses have been administered, putting the US well on track to hit President Joe Biden’s goal of administering 200 million shots in his first 100 days in office, a goal that will be hit at around 216 million doses, given that vaccination began under the Trump administration.

The vaccines were developed in record time under Trump’s ‘Operation Warp Speed,’ and their rollout under Biden’s stewardship has been rapid. However, the rollout hasn’t been without its problems, and the accelerated development and testing of these shots means that side effects are still cropping up in real time.

US Health authorities last week paused the use of a vaccine manufactured by Johnson & Johnson after several cases of rare blood clots were reported. Two other vaccines, made by Pfizer and Moderna, are available, though researchers in the UK have suggested that these shots may also come with a similar risk.

Nearly 70% of Americans told Pew Research last month that they would take, or have already taken a coronavirus vaccine. The remaining 30% said that they “probably” or “definitely” wouldn’t.

Some groups have been more resistant to vaccination than others. Military members, veterans, healthcare workers and minorities have expressed hesitancy about taking the jab, and some have outright refused, as 40 percent of US Marines have done. Some of that suspicion is grounded in history. African-Americans, for example, were subjected to some horrendous medical experimentation well into the 20th Century, and experimental vaccines and medications were tested on Gulf War troops, often with severe consequences.

Speaking to CNN on Sunday, White House coronavirus adviser Anthony Fauci attacked vaccine skeptics, including the nearly half of all Republicans who are still hesitant about the shot.

“It’s almost paradoxical that, on the one hand, they want to be relieved of the [public health] restrictions, but, on the other hand, they don’t want to get vaccinated. It just almost doesn’t make any sense,” he said. However, his tying in of vaccination to economic reopening opened up an argument on civil liberties and “vaccine passports,” a measure vocally opposed by many Republicans.

31.5 million cases of Covid-19 have been recorded in the US since the pandemic began, and 563,000 deaths have been linked to the virus.