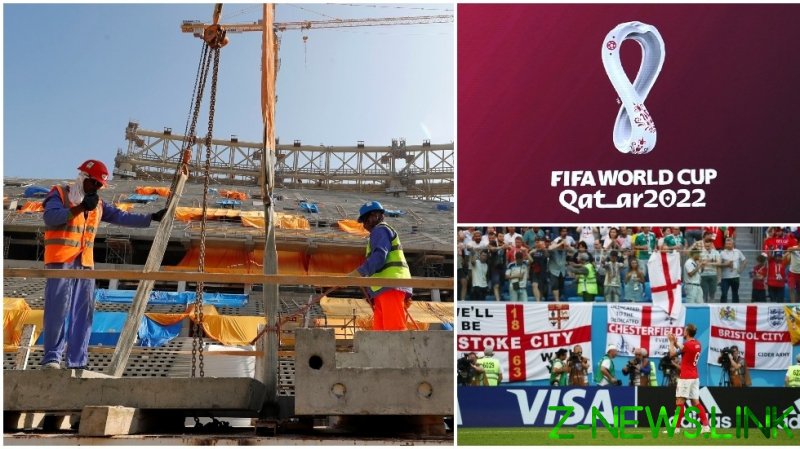 With just over 18 months to go until the World Cup kicks off in a unique winter edition in the Middle East, organizers FIFA and hosts Qatar have come under renewed scrutiny for the country’s human rights record.

According to a report in the Guardian in February, more than 6,500 migrant workers have lost their lives in Qatar since it won the right to host the FIFA showpiece back in 2010.

When qualifying for the 2022 World Cup began in March, players from Germany and Norway wore T-shirts bearing messages promoting human rights in a public show of support after the shocking claims.

But going one step further, a large majority of the UK population believes that home nations England, Wales, Scotland and Northern Ireland should boycott the tournament altogether if they qualify, according to research conducted by Danish company RunRepeat.

In a survey online, 81.04% of just over 1,000 respondents in the UK agreed when asked if the home nations should refuse to play in Qatar.

An even higher number (81.34%) believed that FIFA should strip the Middle Eastern nation of the right to hold the tournament and move the sporting spectacular elsewhere. 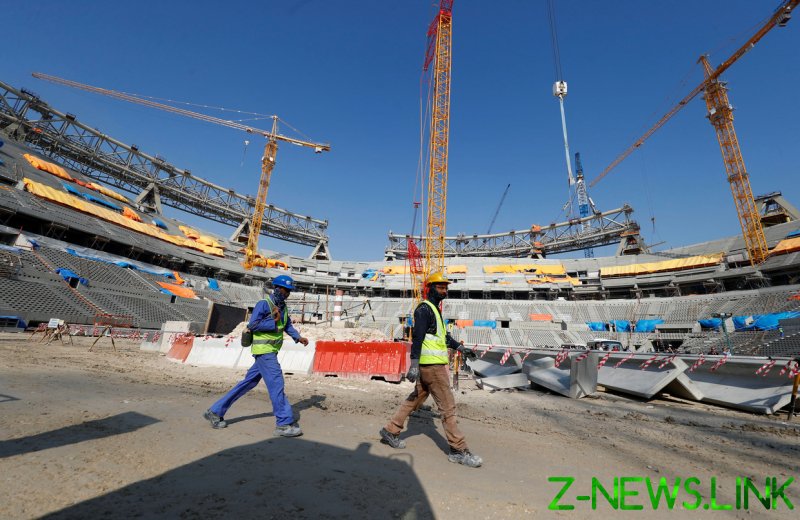 Workers inside the Lusail Stadium which is under construction for 2022 FIFA World Cup. © Reuters

When asked for the reasoning behind their boycott demands, 78.14% said it was due to the treatment of migrant workers while 75.95% cited women’s and LGBT+ rights.

Just 7.98% disagreed with any boycott, while 10.98% said they were unsure about the issue.

Breaking down the differences within the UK, the pollsters found that respondents from England were more likely to demand that their team shun Qatar compared to those in Scotland, with 81.13% versus 75.90% respectively.

In total, more than 4,000 people responded to the survey, ranging across Europe, North America, Asia and Australia, although most were based in the UK or US.

In countries outside Britain, just over 70% of people surveyed supported a boycott of Qatar 2022, with around 12% against the step and almost 18% unsure.

The boycott calls are likely to gather even more pace as the tournament approaches, but in reality FIFA will be loath to countenance depriving Qatar of its big moment in the spotlight.

The Middle Eastern nation has already built much of the infrastructure for the event as part of a mammoth overall project which will reportedly cost in excess of $200 billion. 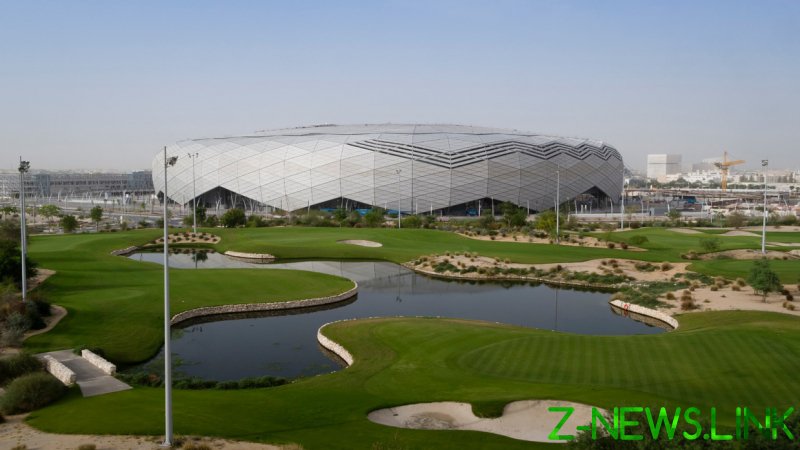 Education City Stadium in Qatar, which will be used for the World Cup. © Reuters

Qatar is the latest World Cup destination to face boycott calls from the UK, with previous hosts Russia receiving similar threats back in 2018, albeit driven by different reasons.

On that occasion, figures including then-Home Secretary Boris Johnson said “it would be difficult to imagine that UK representation at that event could go ahead in the normal way” after a spat between London and Moscow over the poisoning of former spy Sergey Skripal.

It was later clarified that Johnson meant the presence of dignitaries at the event, rather than the England football team. 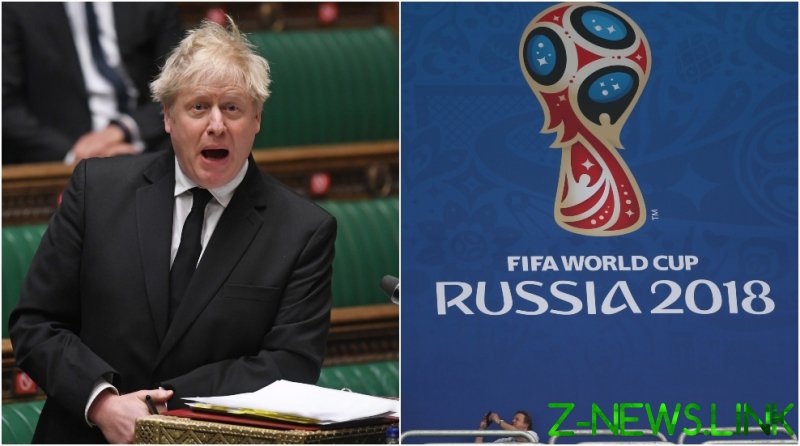 Boris Johnson was among the figures to call for a boycott of some form at the Russia 2018 World Cup. © Reuters

There was also large-scale scaremongering among the UK press ahead of Russia 2018, with outlandish claims that the England team could even be poisoned by their Russian hosts, and that fans would be met by an army of bloodthirsty local hooligans.

Unsurprisingly, neither of those things came to pass as fans ended up flocking to Russia in their thousands to enjoy a World Cup which was widely hailed as among the best ever.

Concerning Qatar, perhaps of most concern for thirsty traveling football fans will be the Muslim country’s strict laws on alcohol, although organizers have promised that it will be “accessible” for anyone who wants a drink.