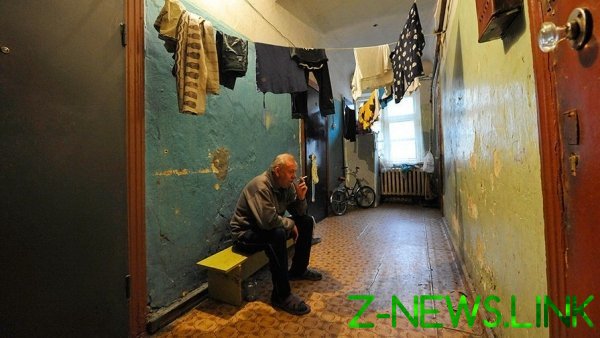 The majority of Russians still dominated by pessimistic mood about the prospects for their well-being until the end of 2020. To such conclusion experts of the Ranepa after the study, the newspaper “Izvestia”.

36% of respondents expect their financial position to the end of the year, slightly worse. About a significant drop in income has declared 27% of respondents. A quarter of study participants reported that they did not expect any changes in your financial situation. Optimism and hope for the welfare expressed only 6% of respondents.

“Results of five monitoring conducted since the beginning of the pandemic, major changes in the attitudes of citizens is not, pessimism about the future continues to prevail. The only estimates what has changed is that if people used their fears associated with the country, now narrowed it down to the well-being of his own family,” said head of the laboratory of methodology of the Federal research, Ranepa Dmitry Rogozin.

Insecurity expert linked with the growth of unemployment, reduction of offers in the labour market, with falling incomes. In the online survey involved 2,1 thousand people with employment and higher education.

Previous research SK “Rosgosstrakh-Life” and center “Perspective” showed that the pandemic coronavirus almost 45% of Russians began to live on incomes below 15 thousand rubles.

Because of the coronavirus from 25 March in Russia was declared a state of “days” that lasted longer than expected. Stopped working institutions of a public catering, sphere of services and tourism, as well as objects of trade. Citizens were forbidden to leave their homes except for urgent reasons. Meanwhile, the government has not imposed a state of emergency, which would involve mandatory financial assistance to the population, and was limited to vacation credit, the possibility of interest-free loans for the payment of wages, delay penalties and penalties for late utility payments. Address payments were put only to families with children. Research Ranepa showed that only 7% of respondents believe adequate state support.

According to the forecast of Ministry of economic development, by the end of 2020, unemployment in Russia will rise from 4.6 to 5.7%, which would be the highest since 2011. Experts do not exclude that this figure can reach 10%. Real incomes of Russians are falling for the seventh consecutive year — since the annexation of the Crimea and the Western sanctions.

The index of the Moscow stock exchange exceeded 3 thousand points. For a person uninitiated, …