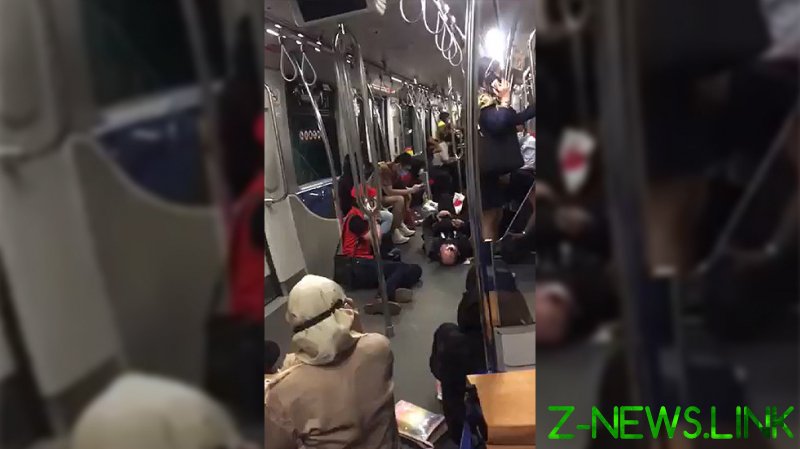 Wee Ka Siong said in a statement that 166 passengers suffered minor injuries, while 47 people in a serious condition were rushed to hospital for further treatment. No deaths have been reported.

At around 8:33pm local time, an empty light rail train and another carrying 232 people collided underground near the KLCC station.

Footage taken on one of the trains in the aftermath of the crash showed broken glass and distressed passengers, some of whom appeared to be covered in blood.

Wee said he was saddened by the crash, which he described as the first such incident in the LRT Kelana Jaya line’s 23-year history.

The minister also said that a special investigation committee led by the Ministry of Transportation had been set up, while the Land Public Transport Agency will compile a technical report on the incident.

Prime Minister Muhyiddin Yassin said in a statement that he had called for an investigation and said “strict action should be taken immediately” in response to the collision.