Home / policy / More than 20 participants of the rally in Vladikavkaz, were defendants in criminal cases

More than 20 participants of the rally in Vladikavkaz, were defendants in criminal cases 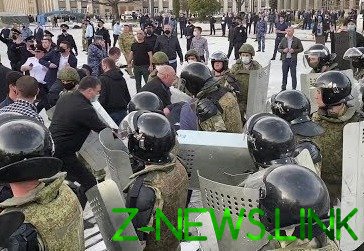 More than 20 participants Vladikavkaz rally against the isolation became defendants in criminal cases, reports the Department of MIA of North Ossetia.

The Ministry reported that all the rally detained more than 100 people, 40 of them “previously held under the articles of ordinary orientation — including robberies, robberies, thefts, and crimes in the sphere of illegal drug trafficking”.

The interior Ministry did not specify which articles were prosecuted.

April 20 in the capital of North Ossetia held the first rally against the regime of self-isolation. The protesters demanded an immediate lifting of the bans, indicating that due to the lack of work they have nothing to feed the family. At the meeting the head of North Ossetia Vyacheslav Bitarov said that all detainees will be released.