More questions about Denver shooting: Pinkerton security firm says the suspect was NOT an employee 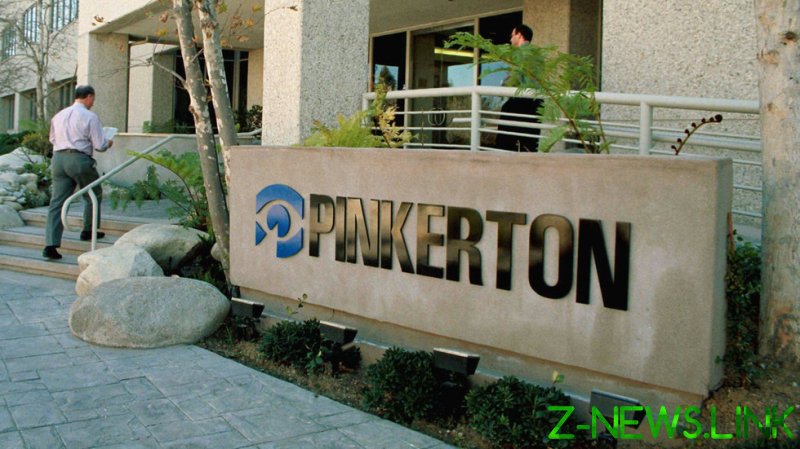 Private security guard, Matthew Dolloff, was contracted through a third-party firm by Pinkerton, but was not an actual employee, the company clarified in a statement, cited by 9NEWS. Pinkerton did not disclose the name of Dolloff’s regular employer. “The agent in question is not a Pinkerton employee. Pinkerton is fully cooperating with law enforcement authorities in their investigation of this matter,” the statement says as quoted.

Dolloff, 30, was contracted to protect 9NEWS staff, an NBC-affiliated television station in Denver, Colorado, as the station covered rivaling Black Lives Matter and “Patriot Muster” demonstrations in the city on Saturday. The security guard is accused of shooting and killing US Navy veteran Lee Keltner after a brief altercation with the conservative protester. Dolloff was arrested on suspicion of first-degree murder.

The incident sparked theories that Dolloff was affiliated with left-wing groups. However, Denver police later clarified that the suspect “had no affiliation with Antifa.” Still, his presence at the rallies has come under increasing scrutiny. The Denver Department of Excise and Licenses told local media that there was no record that Dolloff was licensed to work as a security guard, meaning that it’s possible he was not legally allowed to carry out the duties he was contracted for. Pinkerton’s claim that Dolloff was not a regular employee could further fuel speculation about his background.

9NEWS issued a statement a day after the shooting, in which the station said it was “deeply saddened by this loss of life” and pledged full cooperation with law enforcement.