Home / WORLD / More missiles in Europe? It’s as if the US learned nothing from the 1980s

More missiles in Europe? It’s as if the US learned nothing from the 1980s 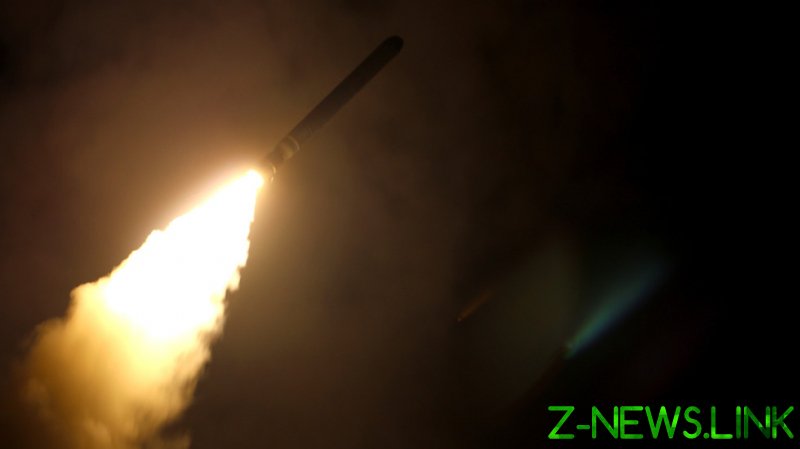 There is an oft-repeated saying, frequently attributed to Albert Einstein, that “the definition of insanity is doing the same thing over and over and expecting different results.” While its pedigree may be uncertain, its central message is not lost on all those who have heard its words spoken or read them, a restatement of the American philosopher George Santayana’s famous saying, “Those who cannot remember the past are condemned to repeat it.”

I am old enough to remember the crisis surrounding the United States’ introduction of intermediate-range nuclear missiles into Europe in the early-to-mid-1980s, in particular the Pershing II, a two-stage solid-fuel mobile missile with a range of 1,100 miles.

From its operating sites in West Germany, the Pershing II could strike targets in and around Moscow within four to six minutes of being launched, giving the United States and NATO the ability to decapitate the leadership of the Soviet Union in a surprise attack.

These missiles began being deployed to West Germany in 1983. So concerned were the Soviets about them, and NATO’s intent in deploying them, that when a large-scale command and control exercise, known as Able Archer 83, was conducted in November 1983, it placed its strategic nuclear forces on alert, fearing that the exercise was merely a cover for a NATO nuclear surprise attack.

In his autobiography, ‘From the Shadows’, former CIA director Robert Gates described the concern in the Soviet Union about the potential for a surprise NATO nuclear attack as being very real. In addition, he noted that, when coupled with increased levels of tension, this created a real danger of miscalculation that could easily have spun out of control into the ultimate conflagration – a general nuclear war between the US and Soviet Union that would have destroyed both countries, and much of the rest of the world.

Fortunately for the world, the 56th Field Artillery Command never saw combat. On December 8, 1987, driven in large part by their joint concern over the destabilizing reality of weapons like the Pershing II (and their Soviet equivalent, the SS-20), US President Ronald Reagan and Soviet General Secretary Mikhail Gorbachev signed the Intermediate Nuclear Forces (INF) treaty, which banned an entire class of nuclear-capable ballistic missiles, including the Pershing II and SS-20, and implemented inspection procedures to destroy these missiles and verify treaty compliance.

I had the privilege of being among the very first American inspectors to travel to the Soviet Union to implement the provisions of this treaty. As part of the disarmament provisions of the treaty, the Pershing II missiles assigned to the 56th Field Artillery Command were withdrawn from service and destroyed, and in 1991 the command disbanded.

On 8 November 2021 – some 30 years after it had been disbanded – the 56th Field Artillery Command was reactivated at a ceremony in Mainz-Kastel, Germany, its new home. The mission of the 56th Field Artillery Command is to serve as the operational hub for artillery operations throughout Europe, including the deployment of the new Dark Eagle hypersonic missile, as well as the Typhon, a multi-purpose system that includes launchers and fire control systems nearly identical to the Mk-41 Aegis ashore anti-missile system that the US has stationed in Poland and Romania.

The Typhon will employ modified SM-6 surface-to-air missiles currently used by the US Navy, which would be employed in a surface-to-surface role, as well as ground-attack versions of the Navy’s Tomahawk land-attack cruise missile. Both the Dark Eagle and Typhon systems are anticipated to be deployed in Germany in the coming years. Both weapons would have been banned under the INF treaty, but the US withdrawal from that treaty in August 2019 cleared the way for their development and eventual deployment.

Once deployed at their German bases, both the Dark Eagle and Typhon systems have the capability to deliver a devastating pre-emptive strike against Russian command and control and leadership targets in and around Moscow, with the warheads reaching their targets less than five minutes after launch. While the US states that the Dark Eagle will be armed with conventional warheads, the potential for this weapon, and the ground-based Tomahawk, to carry nuclear warheads exists, and as such cannot be discounted by Russian military and political leaders, who can be expected to react accordingly.

It is as if no one in a leadership position in either the White House or Pentagon has an appreciation of history, and as such the US is, as Santayana wrote, condemned to repeat it, giving perfect rise to Einstein’s definition of insanity.