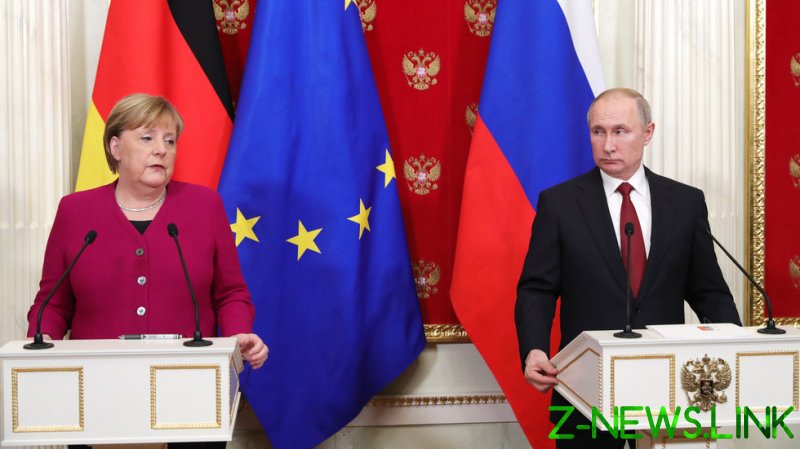 What might come out of the head-to-head is anyone’s guess, but it is clear that regional affairs are firmly on the agenda, with the chancellor set to fly to Kiev on her way back to Berlin from Moscow. The farewell tour of Eastern Europe comes as Merkel prepares to stand down after the German election at the end of September.

The visit will underline the sometimes-strained relationship that has been formed between Germany, now Western Europe’s single most powerful nation, and Russia – the continent’s most remarkable case of post-Cold War resurgence. Those ties have, in no small part, been down to Merkel herself over the course of her long tenure since 2005.

Politics usually isn’t personal, but the personal plays its role. The German chancellor’s relationship with Putin has been no different – sometimes for better, sometimes for worse. Dynamic and complex, their contacts go far beyond summits and negotiations, even if in-person showdowns have retained their practical and symbolic importance. Merkel herself has been a tireless world traveler, notching up over 500 trips abroad.

No less than 70 of those visits were dedicated to France, pre-WWII Germany’s consistent enemy and postwar Germany’s indispensable partner in Europe. That partnership will only grow after the UK’s geopolitical mutilation of its European ties with Brexit.

Despite that, Merkel’s 19 visits to Russia still stand out, signaling the weight of another country with which Germany has had a long and particularly intensive relationship marked both by conflict, as well as close and productive peaceful interaction. It rivals the 22 visits Merkel has made to the US, the increasingly less predictable and rational Western hegemon.

And they easily outpace the 12 trips she has made to China. That is a telling fact, given Merkel rightly cherishes Germany’s relationship with the rising Asian great power. She has shown genuine personal interest in and respect for its culture and achievements, a fact much appreciated by the Chinese leadership and public, despite occasional tensions between the two states.

At first sight, the intensity of communication and contact between Merkel and Putin is not surprising. Apart from the underlying geopolitical necessities, they seemed predisposed for it. As Angela Stent, director of the Center for Eurasian, Russian, and East European Studies at Georgetown University in the US, has pointed out, Merkel and Putin “are more familiar with each other’s background and culture than is the case of many other world leaders.”

This is a result of their biographies – both, incidentally, linked in one way or the other, to the former Communist East Germany – their interests, and, last but not least, serious linguistic abilities. Putin speaks German fluently, and Merkel has very good Russian. While Merkel is explicitly critical of many aspects of current Russian politics, she also – unlike some other, less savvy or disciplined Western leaders – has a deep and longstanding respect for Russia and its culture. Putin as well has never made a secret of his special regard for Germany, a country where he spent much of his 30s.

Yet, in reality, things have not been simple, and there have been pronounced ups and downs. It would be uninteresting to dwell on specific, often overrated incidences, such as Putin’s dog being tactlessly allowed to frighten Merkel during a previous visit, or Merkel’s purported unusually injudicious statement that Putin lives in “another world.” What has been far more important are events that have brought to the fore substantial differences that words cannot paper over.

In that regard, the Ukraine crisis has, of course, been the single most important turning-point. It made some observers wonder if Germany’s general attitude to Russia was going from the largely cooperative ‘Ostpolitik’ to a disappointingly icy ‘Frostpolitik’. As subsequent events have shown, that would be a misleading over-simplification. Consider, for instance, the upholding of the common German-Russian Nord Stream 2 pipeline – against fierce resistance from both the US and much of the EU.

But there is some truth to the ‘Frostpolitik’ quip, especially if we adopt a slightly longer perspective. In general, the German elites’ attitudes toward Russia have clearly changed since the days of Merkel’s predecessor, Gerhard Schröder (1998-2005). Overlapping with the last years of Boris Yeltsin’s declining presidency and the first of that of his successor, Vladimir Putin, in Russia, Schröder’s tenure as German chancellor was characterized by a clear emphasis on cooperation with Russia that was then very popular in Germany but has since come to be criticized as incautious, including by some of its former, often amnesiac fans.

The change toward a different approach did not come immediately with Merkel’s accession to the chancellorship in 2005. In other words, it was not a matter of party politics or personal preferences. In fact, initially, the Schröderist aim of a ‘modernizing partnership’ with Russia remained in force. Even now the term has a spectral afterlife on some German government websites.

Yet, for some in Germany and the West in general, this new, tough approach still appears too soft. That is where the former American president and crude right-wing demagogue Donald Trump and neo-Cold War ‘liberal’ public intellectuals find common ground. In 2018, Trump offended Merkel with the outlandishly bogus remark that Germany was a “captive” to Russia. Now, the Green politician and head of the German think tank ‘Zentrum Liberale Moderne’ Ralf Fücks, bitter over Merkel’s (consistent and very predictable) support for the American-German compromise to finish the Nord Stream 2 gas pipeline, has accused her of leaving behind a poor legacy by strengthening, he believes, Russian influence over all of Europe.

Such puzzlingly immoderate attacks from very different critics may offer a clue to understanding not only Merkel’s approach to politics – and perhaps even her temperament – but also the effect she has had over her long tenure.

In a nutshell, Merkel is extreme in her moderation. It’s important to be clear that this is not always something to be proud of. Her compulsive gradualism and tactical, rather than visionary, approach to political leadership may well have made her unable to address key challenges seriously enough.

Take, for instance, climate change or the decline of the United States as a predictable partner for Europe. She has recognized both problems, no doubt. Indeed, the chancellor is on record with a typically cautious yet – especially by her standards – stunningly clear 2017 statement about the latter, calling on Europeans to (finally) take their “fate into their own hands.” But it’s very hard to see much serious follow-up to this statement, which was made under the shock of Trumpism and Tory Brexit, and while campaigning for re-election.

Concerning climate change, she has been comparatively vocal for over a decade and, to be fair, more constructive than some other global leaders. Especially after the recent flooding catastrophe in parts of Germany, she has struck a realistically dire tone. No less than the future of the planet is at stake, she has declared. Yet when it comes to deeds, not words, Merkel’s record is very weak. German critics, such as the head of Greenpeace Germany, rightly point out that, in reality, Merkel’s pragmatism has led to slim pickings on climate change policy.

And yet, perhaps the single most intriguing aspect of her relationship to Russia has been that her style, or indeed character, of extreme moderation has shone through. It was typical of Merkel that even while helping impose sanctions on Russia, she found a compromise over attending the 2015 Moscow Victory Day Parade. Cognizant that she was only the second German leader invited to this important event, she avoided the parade itself but made sure to send a signal of respect by placing a wreath at the Tomb of the Unknown Soldier at the Kremlin, in the presence of Putin.

Less symbolically, she has not only been a key leader in the EU’s sanctions on Russia, but also in seeking to negotiate a way out of the Ukraine crisis – especially, though not only, through the Minsk 2 agreement in the Normandy format that does not include the US, but does include Germany and France.

In a similar vein, there are credible rumors that it was Merkel who, during America’s Barack Obama period, helped stall, for a while, the delivery of more powerful American arms (termed as ‘lethal defensive weapons’) to Ukraine. More generally, she is on public record as rejecting any military solution to the Ukraine crisis, which in this context of course means opposing any attempts at a Ukrainian re-conquest of Crimea or the separatist areas in the country’s east. A wise position, perhaps informed by the experience of Mikhail Saakashvili’s Georgia in 2008, where such an attempt at seizing separatist territory ended in a fiasco.

Ironically, what frustrates some about Merkel’s approach to Russia, and to Putin personally, might be the best example of a quality that she will certainly be remembered for, for better and for worse – her pragmatism. As a historian, my bet is that, in the future, the manner in which she handled the relationship with Russia during a challenging period of geopolitical change, tensions, and outright conflict, will be seen as one of her important positive achievements.

This problem, unlike, for instance, climate change or the decline of a stable and predictable US, may even come to be seen as her gradualism’s finest hour. And, in so far as extreme moderation is Merkel’s defining characteristic, perhaps her greatest achievement in general. Whatever comes next, she may well be missed.