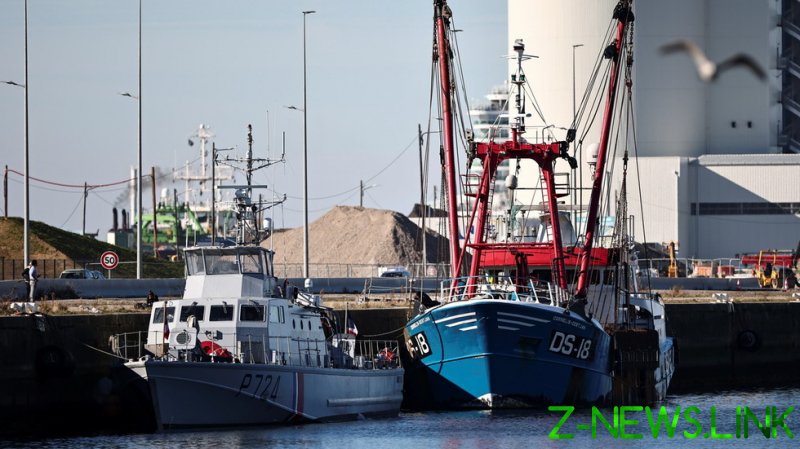 Speaking to BBC television on Friday, Environment Secretary George Eustice said Britain had its own countermeasures in mind if Paris were intent on escalating a row over fishing licences for French trawlers in British waters.

“Obviously it’s always open to us to always increase the enforcement that we do on French vessels, to board more of them if that’s what they’re doing to our vessels,” Eustice stated, adding that there were “other administrative things that we can require of vessels.”

The minister noted that a further escalation was not something Britain wanted to do. Eustice said the priority was to sort things out with the European Commission and with France’s ambassador to London, who has been summoned to the Foreign Ministry to explain French actions later on Friday.

“We obviously reserve the ability to be able to respond in a proportionate way,” Eustice said.

On Thursday, the Cornelis Gert Jan, a scallop dredger, was boarded and taken to the northern port of Le Havre after its crew failed to prove they had the right to fish in French waters.

The captain of the vessel has been summoned to a court hearing in 2022. Scottish company Macduff Shellfish, who uses the boat, has denied all French accusations, claiming it has the required licences.

On Friday, French Agriculture Minister Julien Denormandie reiterated France’s threat to sanction the UK. Paris has vowed to cut off electricity supply to the UK and increase border checks on British goods unless London grants more licences to French trawlers.

Britain has repeatedly said that 98% of EU fishing licence applications have been granted and registered concern about the “confrontational language” used by the French government.

Since Britain left the EU, some 1,700 licences have been granted to EU vessels, although a smaller number have been given permission to fish closer to British shores.

Britain’s fisheries are some of the richest in the world, although recent data suggest the stock biomass of many fish species is at a critical level due to overfishing.