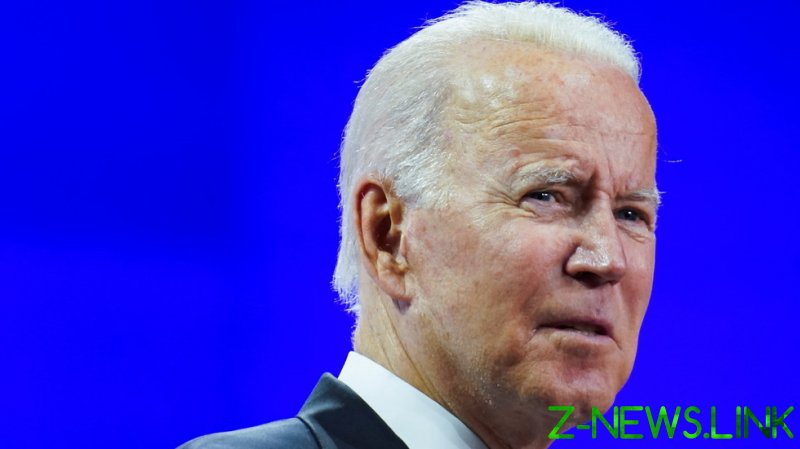 The new NPR/PBS/Marist poll, released on Monday, showed that only 36% of Democrats and Democrat-leaning Independents believe their party would have a better chance of winning the 2024 presidential election if Biden runs again. By comparison, 44% of respondents said they would have greater confidence with someone else at the top of the Democrat ticket.

The dim outlook for Biden’s 2024 electability jibes with other recent polls showing steady declines in voter approval of the president’s job performance. In fact, a Gallup poll released last week revealed that Biden had become the most disappointing US president since World War II. His average approval rating in the third quarter of his term was 44.7%, Gallup said, down from 56% in his first three months on the job – the biggest collapse of a presidential honeymoon period since Harry Truman was trying to fill the shoes of his deceased predecessor, Franklin Roosevelt, in 1945.

Biden is also the oldest US president ever to take office, at 78, and frequent mental gaffes have raised concerns about his fitness to serve out his term. Just 37% of respondents in an NBC News poll that was released on Sunday said they believe Biden is “competent and effective” as president, while 50% said he wasn’t. The NBC survey also found that 71% of Americans, including 70% of Independents and 48% of Democrats, believe the country is headed in the wrong direction.

While Biden’s Democrat base is wavering, the NPR/PBS/Marist poll showed that Republicans are more favorable on another run by their 2020 candidate, former President Donald Trump. About 50% of Republicans and Republican-leaning Independents believe the party would have a better chance of taking back the White House if Trump is again their candidate in 2024, compared with 35% who said their chances would be better with someone else.

However, as with Democrats, the more Independent-minded voters strongly prefer having a new nominee atop the Republican ticket. Just 37% of GOP-leaning Independents see Trump giving the party a better chance of winning, the poll found, compared with 47% who said another candidate would have a stronger chance of winning.

NPR/PBS/Marist didn’t ask for voter views on specific alternatives to a return of the 2020 candidates. Like Biden, Vice President Kamala Harris hasn’t inspired much confidence among Democrat voters.

A report by media outlet Axios in July indicated that partly leaders have begun to question whether Harris should still be considered the heir apparent to Biden. A Rasmussen Reports poll in September showed that most voters would favor Trump over either Biden or Harris in 2024.

Regardless of who runs in 2024, most Republicans are doubtful that the election will be fair after Trump alleged massive fraud in the 2020 race. Just 33% of Republicans in the NPR/PBS/Marist poll said they would trust the 2024 election outcome if their candidate didn’t win. That compares with 82% of Democrats and 68% of Independents who said they would trust the accuracy of even a disappointing result.