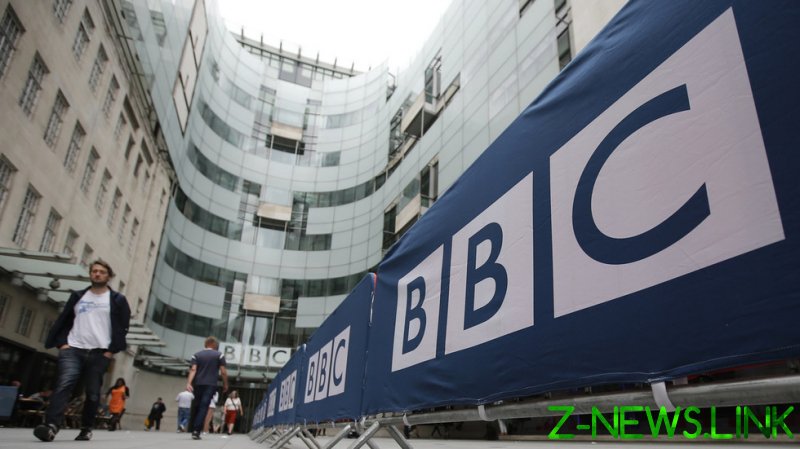 Broadcast in more than 40 languages to 350 million listeners per week, the BBC World Service brings news and debate from London to the furthest reaches of the globe. Funded by the Foreign, Commonwealth and Development Office (FCDO), the British taxpayer, and some limited advertising, the service gives the British government worldwide messaging power via a news organization Raab described on Saturday as “unbiased and impartial.”

Behind the veneer of impartiality, the World Service is viewed by the British government as a tool. This year’s ‘Integrated Review’, a document that lays out London’s foreign policy and defense priorities, identified the World Service as an instrument of “soft power” for Britain – one of a range of tools to be used against “systemic competitors like Russia and China.”

Based on that report, Raab announced on Saturday that the World Service would receive £8 million in extra funding to “tackle harmful disinformation, challenge inaccurate reporting around the world and improve digital engagement.” The fresh funding comes on top of the £378 million the service has received from the FCDO since 2016.

Raab accused “some states” of producing “harmful content” and “fake news around the coronavirus pandemic,” including content “encouraging scepticism around vaccines.” Promoting vaccines has been a key goal of the British government for several months now, to the point where military intelligence units and Government Communications Headquarters spies have reportedly been deployed to wage “information warfare” against anti-vaxx internet posts.

The messaging war around the coronavirus is the only clear example cited by Raab, and his announcement speaks of a broader war against “global disinformation,” “inaccurate reporting,” and “states and criminal gangs” who “twist the news to exploit others.” These terms are not backed up with examples, and are contentious in their own right. “Fake news,” for instance, was a term made famous during Donald Trump’s presidency, and was used by both Trump and the press to describe each other’s messaging.

The BBC’s funding, as well as its vague mission to fight “fake news,” may indicate that it will engage in an information campaign for the geopolitical benefit of the British government. The broadcaster reportedly has a history of doing this, and documents leaked in March revealed that BBC Media Action, the outlet’s charitable arm, overtly cultivated Russian journalists, established influence networks within and outside Russia, and promoted pro-Whitehall, anti-Moscow propaganda in Russian-speaking areas, all at the FCDO’s behest.

FCDO Counter Disinformation & Media Development chief Andy Pryce, explained the government’s mission in no uncertain terms at a 2018 meeting, during which he said its ultimate goal was to “weaken the Russian state’s influence” via the co-option of journalists and media organizations.

The BBC isn’t the only “impartial” news service involved in the FCDO’s influence campaign. The Thomson Reuters Foundation (TRF) also volunteered its services, establishing news outlets in “countries of interest” to the FCDO. A cited example of this activity is Aswat Masriya, an “independent” media outlet in Egypt, created by TRF in the wake of the 2011 Egyptian revolution.

Given the history of partnership between the BBC and the FCDO, the latest investment is likely aimed more at ensuring the British government’s version of the truth wins out against foreign powers than it is in fighting falsehood and disinformation.