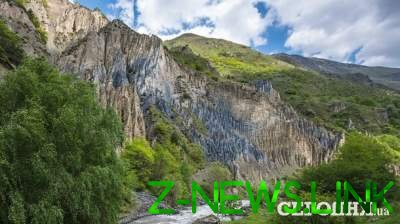 For the first 9 months of 2017 tourist flow from Ukraine to Georgia increased by 13%.

The flow of tourists to Georgia is increasing. For the first nine months the country was visited by 156 thousand tourists from Ukraine, which is 13% more compared with January-September last year. This was announced by Georgian Ambassador to Ukraine Gela Dumbadze.

The most popular tourist destinations among Ukrainian tourists are the capital Tbilisi, Kakheti region, coast of Adjara, as well as the ski resorts of Gudauri and Bakuriani.

In just 9 months of 2017 visited Georgia 5.8 million foreign visitors, of whom about 2 million 783 thousand are tourists. In Georgia often come travellers from Azerbaijan, Armenia, Russia, Iran and Turkey. Ukraine in this list is 6th place.

According to the National Bank of Georgia, from January to August, the country received $1.8 billion profit from tourism, which is 29% higher compared to the same period in 2016. The average tourist during their stay in Georgia spends about $ 839.